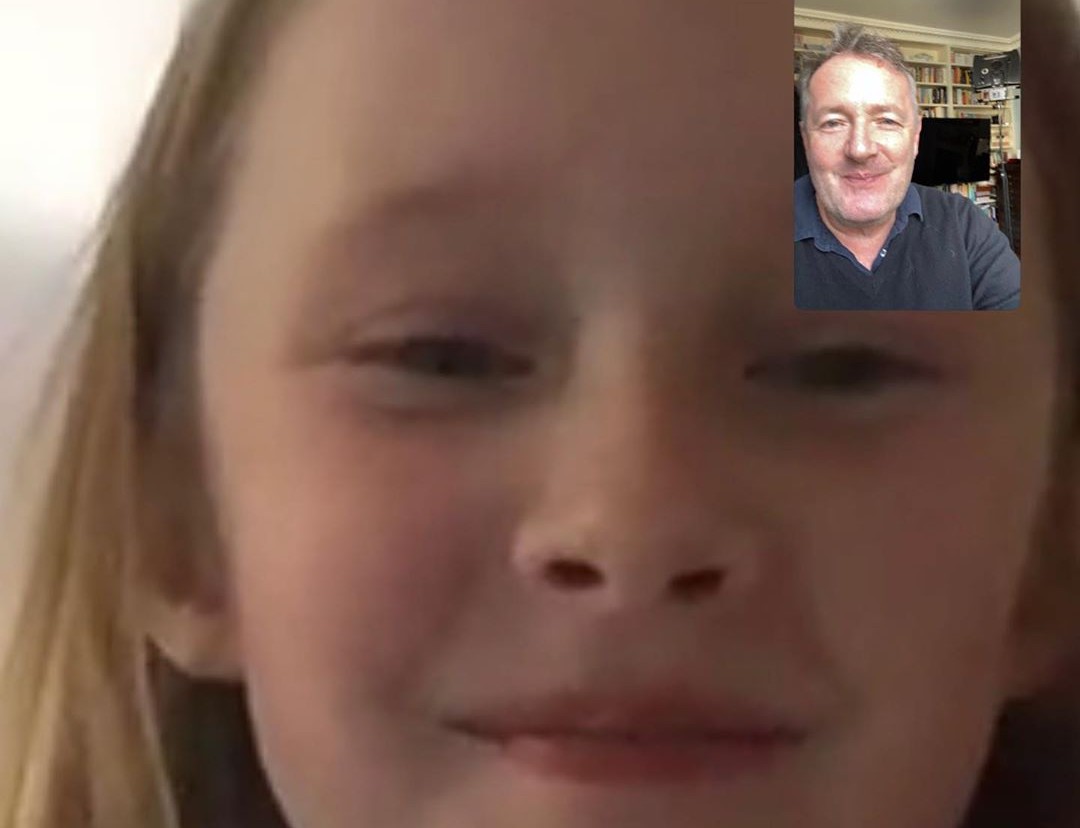 Piers Morgan is continuing to work as the host of Good Morning Britain amid the coronavirus pandemic. He, however, treated his 936,000 Instagram followers to a real treat less than 12 hours ago.

Piers Morgan shared a sweet snap of himself bonding with his young daughter.

The sweet photo featured eight-year-old Elise Morgan sitting on her knees on a hardwood floor. She had a serious expression on her face. She bit down on her lip as she concentrated hard on what looked to be a riveting game of Spillikins.

According to the caption of the sweet photo, Piers Morgan was giving his daughter a “masterclass” in the game.

“Every time she gets close to lifting one out, I make her laugh,” the America’s Got Talent judge teased.

Giving my daughter a masterclass in giant-sized Spillikins. Every time she gets close to lifting one out, I make her laugh.

For those unfamiliar with the game, Spillikins is a game of pick-up sticks. It involves a pile of sticks. Each player takes turns trying to remove a stick without disturbing the pile.

In addition to Elise, Piers also has several other children including Albert, 19, Spencer, 26, and Stanley, 22.

He is also keeping in touch with his older children.

While keeping his daughter Elise safe from the virus and maintaining his job at Good Morning Britain, fans wonder if Piers Morgan has spoken with his other children.

According to The Daily Mail, the AGT celebrity guest judge alum reassured fans he has been in touch with his sons. On Friday, he shared a screenshot of his video call with his sons Spencer and Albert.

One of his son’s did have mild symptoms of the virus.

During his appearance on Good Morning Britain on Wednesday… Piers Morgan revealed his son Albert did have mild symptoms of the virus. He, however, confirmed his son is doing much better and the symptoms are gone.

Piers Morgan added he had not seen Albert in person in over three weeks before his son showed signs of the virus. So, he did not believe it was necessary for him to self-isolate.

Piers has also been very vocal on social media about lock downs and social media. He noted people needed to “man up, show some gumption, & help others.”

His social media followers ADORED the photo of Elise Morgan.

Many gushed over how “beautiful” and “perfect” she looked in the sweet snapshot. Others called him “naughty” for making the game more difficult for his daughter. Most, however, appreciated Piers Morgan for taking the time to bond with his daughter. Here’s some of what his followers had to say:

Piers also received a lot of praise for going “old school” with his game of choice.

Overall, he and his daughter appeared to be having a wonderful time.