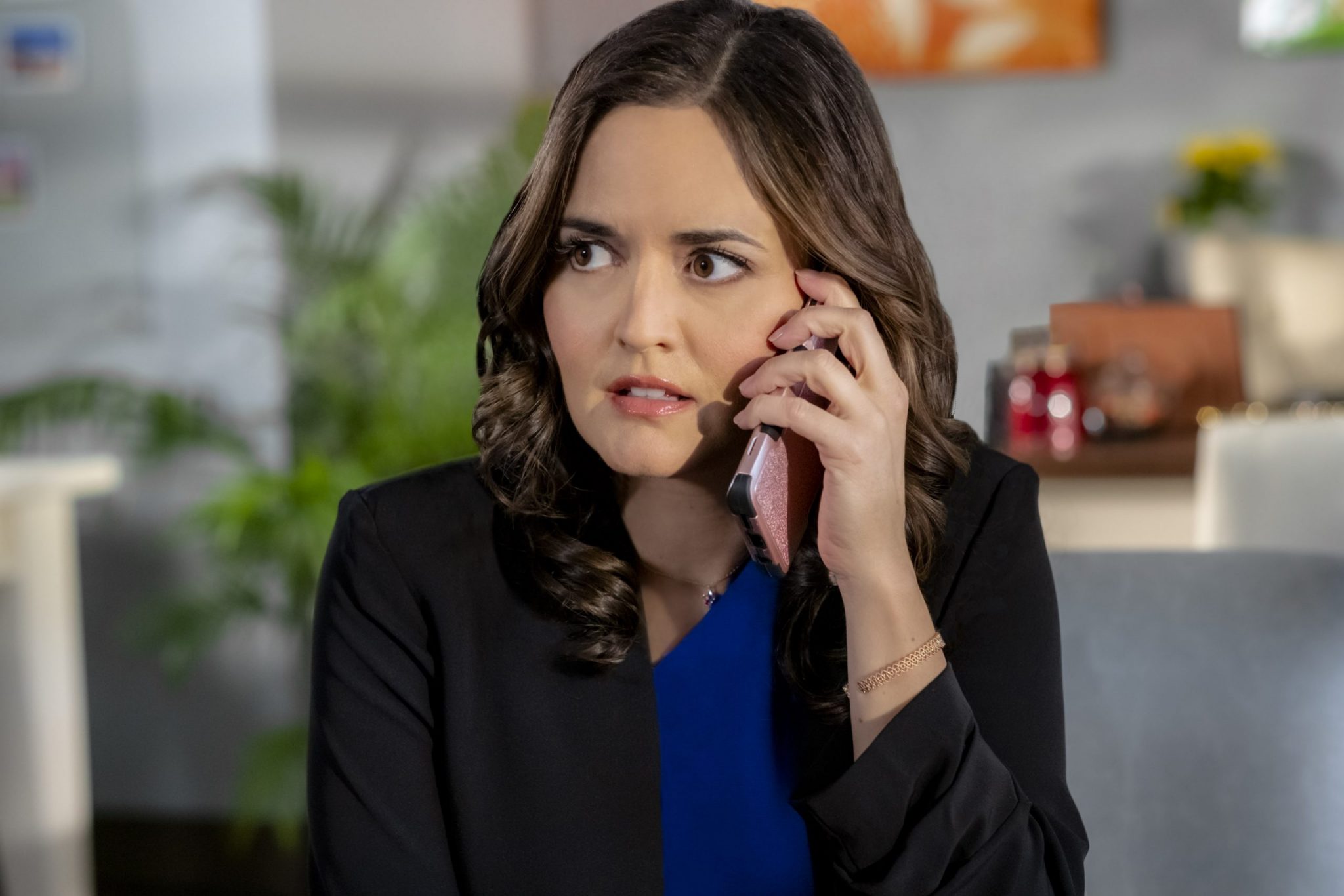 Matchmaker Angie Dove is back for Hallmark’s second Matchmaker Mysteries: A Fatal Romance. Starring Danica McKellar (Crown For Christmas), as the professional matchmaker, Victor Webster (Hearts of Winter) and Bruce Boxleitner (Gourmet Detective). This promises to be another intriguing mystery with a romantic twist.

What Is Matchmaker Mysteries: A Fatal Romance About?

According to the Futon Critic, Angie Dove (McKellar) has been invited to moderate a writer’s panel at a romance convention. But in this Hallmark Mystery, romance turns into murder. At the convention, bestselling author Beatrice Penn (Anne Marie DeLuise) is poisoned! What distresses Angie most is that her new publisher, and college flame, Ethan Plume (Dan Payne) is the prime suspect. He has recently taken over his family’s publishing business. Moreover, he was publicly at odds with the romance author. Now, she is dead.

Angie, an expert at human behavior and body language knows that Ethan is innocent. But who wanted to kill the romantic scribe? Determined to prove Ethan’s innocence, Angie Dove investigates. Yet, she winds up running into Detective Kyle Carter (Webster) at every turn. She promises the attractive detective that she won’t get into his way, but the two always end up running into each other. Subsequently, he uses his traditional detective skills, but she uses her matchmaking skills to end up at the same place.

In addition, the two have a slow burning chemistry. Can they find a way to work together? Most importantly, can she help Kyle figure out who the murderer is before she is considered a risk?

According to Danica McKellar’s Instagram, Matchmaker Mysteries: A Fatal Romance completed filming the first week of March. They planned to film the third mystery in the series in April. We can assume that movie is currently on hold. On March 16, Hallmark stopped all production due to the coronavirus.

When Can You Watch Hallmark’s Matchmaker Mysteries: A Fatal Romance?

Matchmaker Mysteries: A Fatal Romance premieres on Saturday, April 25 at 9 p.m. EST time on the Hallmark Movies & Mysteries Channel. Encore showings include April 26 at 9 p.m. and April 29 at 9 p.m., all times EST. Always check listings in case of a schedule change.

Lastly, be sure to check back with TV Shows Ace for the latest Hallmark news.  Matchmaker Mysteries: A Fatal Romance premieres on Saturday April 25 at 9 p.m. Eastern time, on the Hallmark Movies & Mysteries Channel.

Duggar Fans Not Impressed With Family’s Response To Josh’s Allegations
Is ‘Below Deck’ Star Captain Lee Still Friendly With Kate Chastain?
‘OutDaughtered’ Fan Drags Photo Of Hazel Busby, Too Much?!
Chase Chrisley Says Thanks For Putting Up With All Our Sh*t
What Did Jackson Roloff Do That Made Tori Bawl?