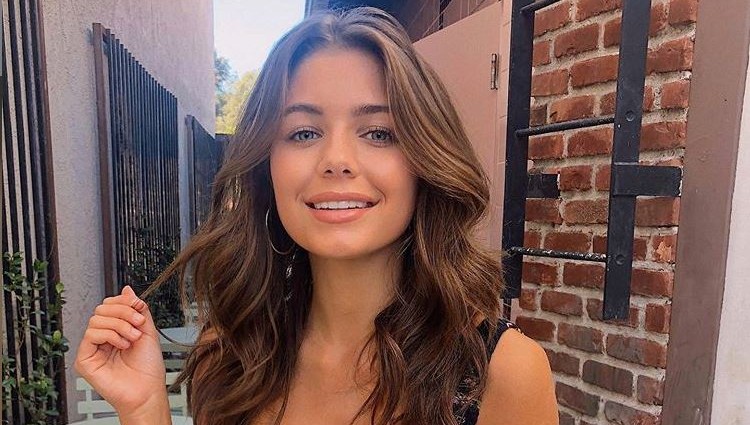 Everything about Peter Weber’s season of The Bachelor has been dramatic. There have been rumor after rumor involving Peter and various ladies. A huge one was that he was secretly seeing Kelley Flanagan. She debunked those rumors saying she was not with Peter. However, amidst the social distancing orders, Peter was spotted in Chicago with Kelley. There were even photos. Now, Hannah Ann Sluss, Peter’s ex fiance, is speaking out about those pictures.

Hannah Ann speaks out about photos of Kelley and Peter

Let’s quickly rehash what went down before Hannah Ann’s comments are shared. Kelley was at the After the Final Rose event in the live audience. Fans didn’t know why she was there and nobody explained. Perhaps to throw fans off, perhaps not. Kelley was even seen getting flirty with Nick Viall at Chris Harrison’s Seagram’s event. He was convinced that Kelley was definitely not with Peter. His opinion changed when photos surfaced of Peter and Kelley in Chicago, he was even holding her on his shoulder.

Cosmopolitan shared that Hannah Ann spoke with former Bachelor Nick Viall on Instagram Live. He asked her about Kelley and Peter. He said, “On a scale of one to ten, how annoyed were you when you saw the Peter and Kelley photos? Did you think it was A, super tacky and slap in your face or B, totally tacky and a slap in your face or C, unbelievably tacky and a slap in the face?” Hannah Ann replied,

“I’m not giving either of them my face to slap. At the end of the day, I’m single, Peter’s single, Kelley’s single, we’re all single. Good for them if that’s the case. When you’ve just been through so much crap and you see the light at the end of the tunnel, little things like that don’t drag you down that much…I’m just glad I’m out of it…It’s definitely confusing, but maybe it will work out for them and he’ll be decisive about her.”

Today, I’m sharing my last 3 points of “Finasco to Fabulous”!! #day8 Friendships Form Family- everyone needs a village of friends and family to rally around them. I’m so grateful for my people, the ones who loved me hard throughout this last year.. y’all kept me sane! 🤣 #day9 Hobbies Foster Happiness- whenever I get overwhelmed, I love to take it back to the basics. #day10 Unplug and Unwind – Unplugging from my phone and from social media gives me the space to check in with my mind, body and spirit. Thank you all for following along to this series!! This journey hasn’t been the easiest, but in a lot of ways, it’s been the biggest gift. I truly believe the best is yet to come 💜

She admits she wasn’t that surprised

While she maybe wasn’t surprised, it definitely seems like it angered her. Following the photos being leaked of Kelley and Peter, Hannah Ann deleted all the photos of Peter off of her Instagram account. She also liked tweets that did not favor Peter very well.

It will be interesting to see how this all plays out. Peter and Kelley have yet to address the photos.