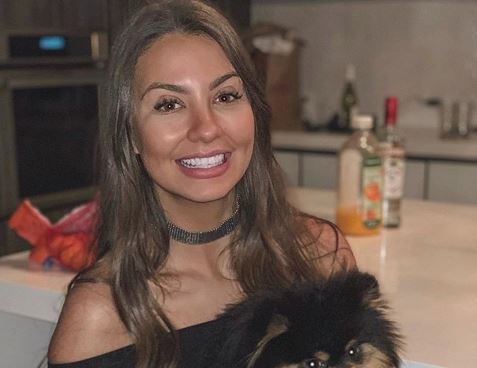 Reality Steven went to his Instagram and shared the news that Kelly Flanagan and Peter Weber have been spotted hanging out. The two were seen at the Riverwalk in Chicago. They were also not social distancing at all. A guy named Dustin was along with them so they weren’t alone. It looks like this all happened today.

Peter Weber is single and so he can do whatever he wants when it comes to hanging out with girls. Kelly Flanagan and Peter Weber met before he was on The Bachelor and had a spark during the show. He sent her home, though. Now they are enjoying some time together and it looks like having a good time. Check out the pictures below that Steve shared. 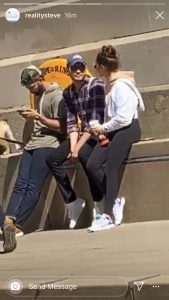 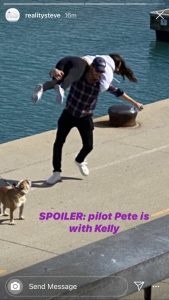 It does look like these two are having a good time. You can see Peter has picked up Kelley and they are having fun. Maybe they are more than just friends? The fans would love to see them both find love. It would be great if they end up together, but that would have been a happier ending for the season if he had ended up with her.

What could this mean?

Right now, Peter Weber and Kelley are both single. They could just be friends or they could end up dating. Reality Steve hasn’t shared those details. It looks like someone simply sent the pictures to him and he shared them. Hopefully, he will be able to come up with more details later on. Steve does a really good job of keeping fans updated when he gets information like this sent to him.

This all came out after Hannah Ann Sluss started teasing fans that she may have someone new in her life. Hannah and Madison have both moved on from Peter Weber. Peter ended the season with Hannah, then said he tried to make things worth with Madison, but about 24 hours later they said that they were over.

Don’t miss new episodes of The Bachelor and The Bachelorette when they return to ABC. Right now, Clare Crawley’s season is put on hold due to the coronavirus. Fans are hopeful that filming can start soon.