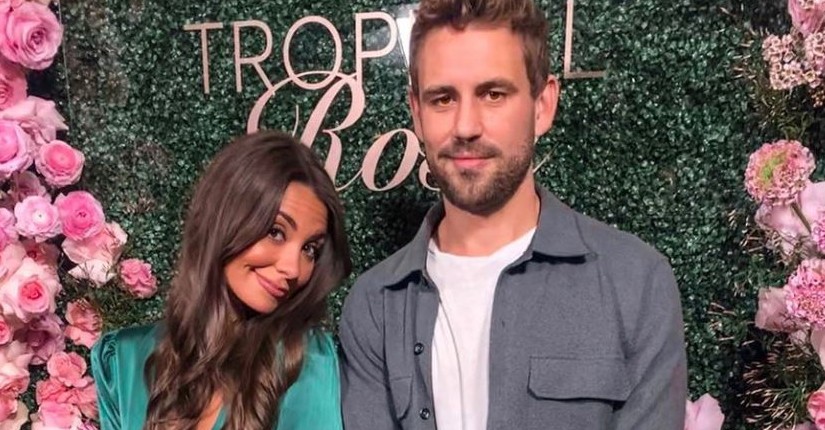 Even with social distancing taking place and the world shutting down, rumors are still swirling around Bachelor Peter Weber. When his finale aired fans questioned why Kelley Flanagan was in the audience for After the Final Rose. She spoke up and denied the rumors that she was secretly dating Peter. Those rumors were put to rest when she was seen with Nick Viall at Chris Harrison’s Seagram’s party. However, now those rumors are back on again after Peter was seen with her in Chicago. And, there are some who just don’t like it.

When Nick was hanging out with Kelley at Chris Harrison’s drink premiere party, he shared a pic of them together. He captioned it saying, “She’s not with Peter.” Chris even commented saying, “Loved seeing you guys get so cozy last night. Here for it.” And, Dean Unglert also said the two should date. This was all before Kelley was seen with Peter in Chicago a few days ago.

When photos of Peter carrying Kelley were all over the internet, Nick went back to Instagram. He shared a side by side of the photo of himself and Kelley and the one of her and Peter. He captioned it saying, “I stand corrected.”

Bachelor alums immediately started commenting. One in particular not happy with this was Dean. He wrote, “i rescind my ‘omg date’ comment. you deserve better.” He wasn’t the only one to weigh in. Jason Tartick said, “And Nick just went on Barbs Blacklist 😬.”

The comments didn’t stop there

Chris Harrison’s girlfriend, Lauren Zima wrote, “Peter: “you took a picture with Kelley? Hold my beer.” Chris followed up with, “Shooters shoot.” And, Hannah Ann Sluss even commented with a bunch of laughing face emojis.

Fans are anxious to hear what is going on between these two. Peter’s mom, Barb, has made it clear that Kelley was her absolute favorite throughout the season. Stay tuned to see how this newest drama plays out.