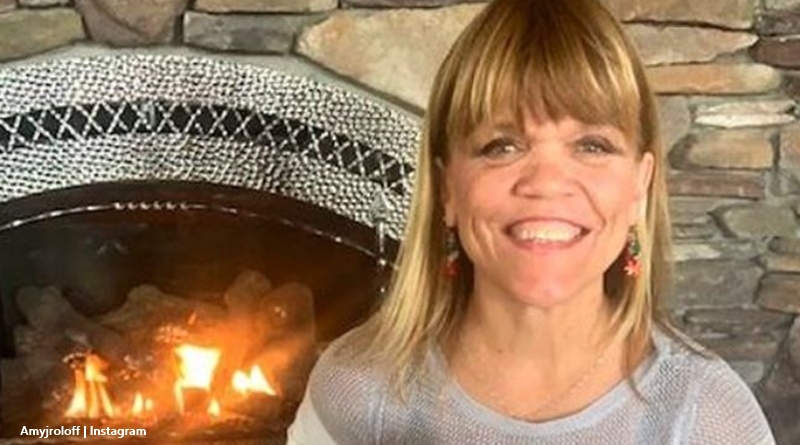 Little People, Big World star Amy Roloff may not be taking social distancing as seriously as she should… And, her fans quickly took notice and called her on it.

Everyone should be practicing social distancing right now.

As the coronavirus continues to spread across the United States, people are panicking. Everyone around the world is encouraged to practice social distancing. Social distancing being the act of keeping space between you and other people. For example, staying home and avoiding crowds at all cost.

Things are so serious that many celebrities have taken to social media… They are begging their followers to stay home. Stay home and slow the spread.

This, however, has also caused people to watch celebrities like a hawk. And, if the opportunity strikes, people are criticizing celebrities who aren’t practicing social distancing.

Crazy scary times right now. Times like these, reminds me even more, not to lose Hope. Keep the faith. Do all you can to be healthy and safe. Stay Hopeful. ♥️. #wewillbeatthis #staysafe #healthy #washhands #keephopealive #dontlosehope #thinkingofyou #imthankful #love♥️

As most TLC viewers know… Season 16 of Little People, Big World kick off at the end of the month. So, many eyes are on the social media profiles of the main cast members. This extra attention can be both good and bad. Unfortunately for Amy Roloff… Her followers aren’t too happy with her recent social media activity.

On March 14th, Amy Roloff posted a short video clip of herself discussing how “crazy” the world currently was. She noted that she was thinking of everyone. And, she concluded the clip by encouraging everyone to “stay safe.” Noticeably, she appeared to be at the beach while shooting the video as the sand and the water hitting the sand could be seen in the background.

Roughly a week ago, Amy took to Instagram again. This time? She shared several clips of herself having a nice time at the beach with Chris.

“What a wonderful fun weekend at the beach with Chris♥️, who always makes me smile everyday,” Amy penned.

According to her caption… This is an annual tradition for them.

Her followers weren’t happy with her decision to socialize.

Unfortunately for Amy Roloff… Her followers weren’t here for her sharing how wonderful of a time she had at the beach with Chris. In fact, many crucified her for not practicing social distancing. Here’s some of what her followers had to say on Instagram:

The two comments above quickly caused a heated debate in Amy Roloff’s posts. Several debated over whether her and Chris should be enjoying a couple’s retreat on the beach. “Don’t be afraid of your own shadow,” someone argued in the comments from the other side of the debate.

What a wonderful fun weekend at the beach with Chris♥️, who always makes me smile everyday. 😊. We were there taking, what is now, the annual friends weekend trip to the beach. Portland area may have gotten a dusting of snow but it was, thankfully, absolutely beautiful at the beach.. #storyofamyrandchrism #beachweekend #friendsweekend #depoebayoregon #goodfood #gooddrinks #memoriesmade

According to Cheat Sheet, many other followers had harsh words for Amy.

“Are you concerned about contracting the virus by spending time together?” one follower questioned.

Another accused Amy of refusing to take life seriously.

“Social distance! Get inside!” A third added.

It’s better to ‘stay in’, do social distancing, wash your hands… and do all of the other things, as individuals, to help beat this ‘invisible enemy’ we’re all fighting. Together we can overcome and get on the other side of this better. My sister didn’t go and see my Dad this weekend because she wanted to keep him safe. My Dad is 91 and I’m thankful he is still doing well and in his home. I called and got to talk w/ him today. ♥️. Even with being so far (he’s in Michigan and I’m in Oregon) there are a number of ways we can stay connected whether near and far. 😊. Continue to stay safe, pay attention to what we’re asked to do on the federal, your state, city… Be patience, be kind and be a neighbor and help when and where you can. Reach out to others. Thank you to ALL the helpers. We can’t get through this without You. Love to all #myrescuedog #storyofamyrandchrism #staysafe #bekind #bepatient #lovealwayswins #keeppraying #keepthefaith #godknowsyourheart #godisstillincontrol #thankgoodness

To date, it doesn’t appear as if Amy Roloff has responded to any of the negative comments on her Instagram posts. She, however, has since posted photos of herself “staying in” with no one but her dog to keep her company.

She has noted she was “staying in” and put the phrase in quotes in the caption of several recent Instagram posts. Some suspect this is in response to the backlash she received from her weekend at the beach.