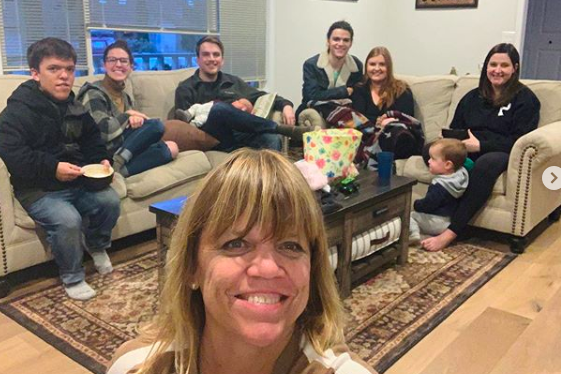 Little People, Big World (LPBW) has followed the Roloff family for years. The show has featured their life on their 34-acre farm in Oregon. But, since Matt and Amy Roloff divorced, the fate of their famous farm has been up in the air.

According to People, Matt Roloff was featured attempting to negotiate the farmland with Amy in an exclusive clip from the new season of LPBW. He said, “I own the south side of the farm, so I thought I’d make an offer to purchase the rest of the farm from you. I want to get this done before the end of the year. But he continued and said, “If it can’t happen quickly, then I want to look at putting the place on the market.”

The clip also showed Amy being a little hesitant and not sure if she should accept Matt’s offer. Amy said, “Hopefully this won’t be the Hatfields and the McCoys. I don’t have a house yet, I’m still kind of figuring it out.”

Woohoo! Lisa Debi and I finalizing the wedding plans for Jacob and Isabel’s wedding reception on the farm and Molly’s in town for her brother and soon to be sister in law big day. Love her so much! ❤️ #rockandroloffwedding #sisterintown #mamalove #amyroloffssecondact #thankyoufriends #girlfriendsandwine 😊🌻💗

What’s Happened Since the Divorce?

The couple first shocked fans when they announced their divorce in 2015 after 28 years of marriage. The pair has four kids together, twins Jeremy and Zach, Molly, and Jacob.

The two finalized their divorce in May 2016, over a year after Amy first filed. Ultimately, the couple is proud of all they have accomplished together. But, they blame their split on simply having different views and not being compatible.

Amy is now happily engaged to Chris Marek, while Matt is dating Roloff Farm manager Caryn Chandler. Since their split, the exes have lived on the farm, in separate houses. Now, Amy lives on her own.

In their original divorce announcement, Matt and Amy promised to remain civil and make it work for both their children and their business. They appear to have kept their promise so far as they continue to run their family’s pumpkin farm together. But in the newest season of LPBW we wonder if the time has finally come to break that promise?

Amy wrapped things up saying, “There’s 30 years on this farm. I don’t what’s going to happen. We’ll have to wait and see.”

Be sure to keep up with TV Shows Ace for all the latest LBPW news!