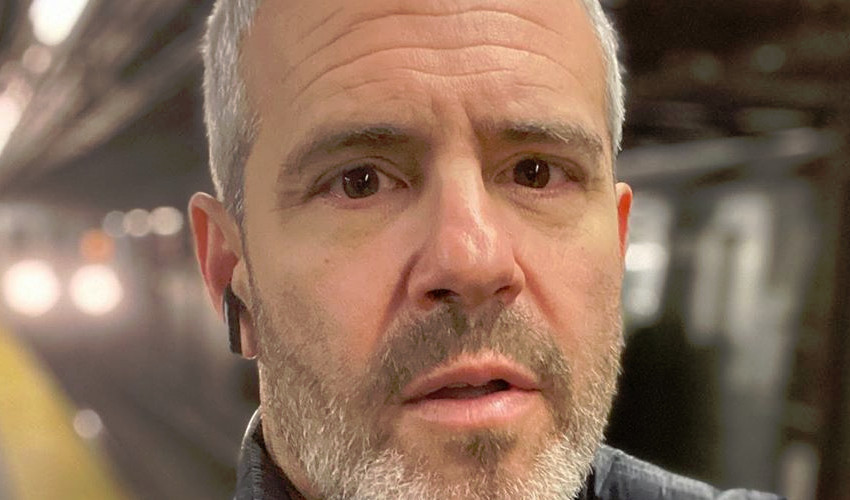 Real Housewives reunion star, Andy Cohen is well-known to Bravo fans. He shared some shocking health news via social media on Friday, March 20. As fans know, Watch What Happens Live show is not airing temporarily amid a worldwide coronavirus pandemic.

Bravo, Other Networks Postpone Filming Due to Coronavirus

ABC’s summer Bachelor Nation shows, such as Summer Games and The Bachelorette, may be postponed or even canceled due to the fears of the virus spreading.

Bravo’s Andy has been hosting daily radio shows from home since the WWHL studio has gone dark.

WWHL Was Set to Return This Weekend From Andy’s Apartment

Variety reports that the Bravo head honchos found the perfect way to work around the state-wide lockdown in New York. (WWHL films in New York City.) They decided to go ahead with the show, but from Andy’s apartment instead of the studio.

RHOA star NeNe Leakes was slated to appear. However, the idea of videochatting with celebrities from home is no longer happening.

Andy had a shocking update to share with his social media followers. He has tested positive for the coronavirus. In the announcement, he revealed that he tried to push through and continue with the WWHL plan but couldn’t.

The Bravo exec is quarantined at home in New York City. He dropped the idea of WWHL to focus on his health instead. As fans know, Andy has a young son, but he didn’t reveal whether his son was sick with coronavirus or just himself.

After a few days of self-quarantine, and not feeling great, I have tested positive for Coronavirus.  As much as I felt like I could push through whatever I was feeling to do #WWHL from home, we’re putting a pin in that for now so I can focus on getting better.  I want to thank all the medical professionals who are working tirelessly for all of us, and urge everybody to stay home and take care of themselves.

I tested positive and I have been following all of the social distancing rules since last week. My symptoms started a few days ago, I was tested and just received my results today. For anyone out there that is hesitant to self quarantine… please do yourself and your loved ones a favor and stay home. We will all beat this and come out stronger on the other side. I’ll keep you posted, Love y’all.

Colton famously jumped a fence during Season 23 of The Bachelor after love interest Cassie Randolph chose to leave the show. She later returned and won Colton’s heart. While he didn’t propose at the end of the season, the couple are still together.

TV Shows Ace reported last week of a trip to the ER following an injury incident. Cassie had a tussle with a stringray during a trip to the beach.  In Colton’s Instagram announcement of his diagnosis, he says the symptoms just started “a few days ago.”

It seems as if that was well after their ER visit. But he neither confirms or denies that he was tested for coronavirus while at the hospital. Cassie replied to his video with, “Love you,” followed by a heart emoji.

Colton encourages fans to self-quarantine for their own safety and the safety of their loved ones.

TV Shows Ace continues to encourage fans to follow the advice of your local government officials during this trying time.