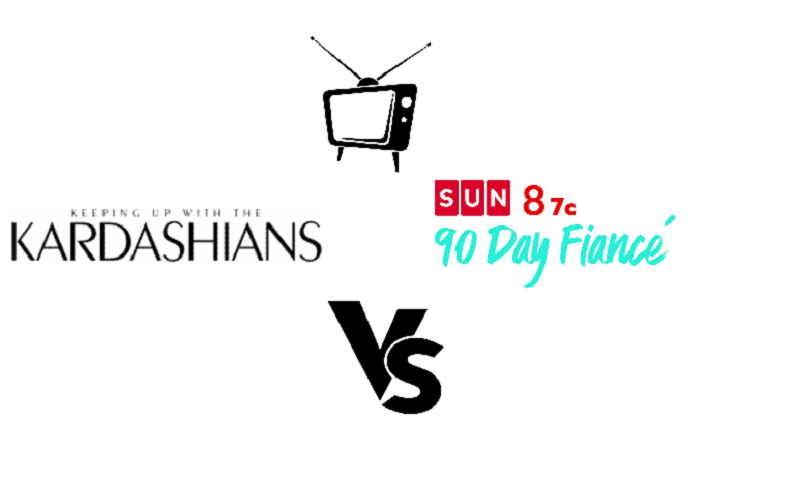 It’s hard to imagine a world without it. But the show has noticed a decline in ratings over the years. It doesn’t help that the Kardashian-Jenner clan are controversial, with or without the show. Fans are speculating whether the show will end soon. It’s facing tough competition with another reality show that’s increasing in popularity.

Keeping Up With the Kardashians makes the move to Thursday nights

Season 18 of KUWTK will premiere at the end of March. E! Network shared a sneak peek of the new season with an important announcement. The network announced that the show will air on Thursday nights instead of its usual Sunday night timeslot, as reported by Showbiz CheatSheet.

Kardashian fans flooded Reddit to discuss the announcement and the fate of the show. Some fans think this could the network’s last-ditch attempt to increase ratings for the already struggling reality show. Keeping Up With the Kardashians critics call the show scripted and fake. Fans even think the Kardashian-Jenner clan doesn’t seem interested with the show.

Another Kardashian fan speculated that the reason why the show moved to Thursday nights is because Sunday nights are when 90 Day Fiancé is on. Fans feel that KUWTK “can’t compete with that reality gold.” As TV By the Numbers reported, 90 Day Fiancé is on a ratings high with 2.68 million viewers and a 0.8 rating in adults 18-49. KUWTK fell behind with a 0.5 rating and 1.07 million viewers.

90 Day Fiancé has skyrocketed in ratings

Even if Keeping Up With the Kardashians has been on television since 2007, 90 Day Fiancé is the reality show that everyone’s talking about lately. Since its premiere in 2014, the show has always been about couples who apply for or receive a K-1 visa and have 90 days to determine whether they should get married. Each season features five or six couples who get to know each other as they work out their issues.

The show has led to many spinoffs, which helps keep the franchise fresh. As TV Shows Ace reported, 90 Day Fiancé: Before the 90 Days Season 4 had its highest ratings yet. Keeping Up With the Kardashians has spawned several spinoffs as well – but most of them never worked. 90 Day Fiancé is a series that’s still fresh and new. It’s also packed with plenty of drama, even if some of it is scripted. This is a problem that KUWTK can’t resolve with its own show.

Is KUWTK headed for cancellation?

With the increase interest in 90 Day Fiancé, Keeping Up With the Kardashians is no longer the hot reality show that it used to be. That’s because there are more reality shows to choose from these days. The reality TV landscape has  changed as well. Even Netflix is tapping into the reality market with its own original reality shows.

It’s also important for reality shows to keep the formula fresh. The Kardashian-Jenner clan can’t seem to keep up with the TV or streaming trends. It’s hard to tell whether Keeping Up With the Kardashians will get canceled. But it’s clear that the timeslot change means it could be headed in that direction.

What are your thoughts? Do you think Keeping Up With the Kardashians is doomed? Which show do you prefer to watch on Sunday nights? Sound off below in the comments section.