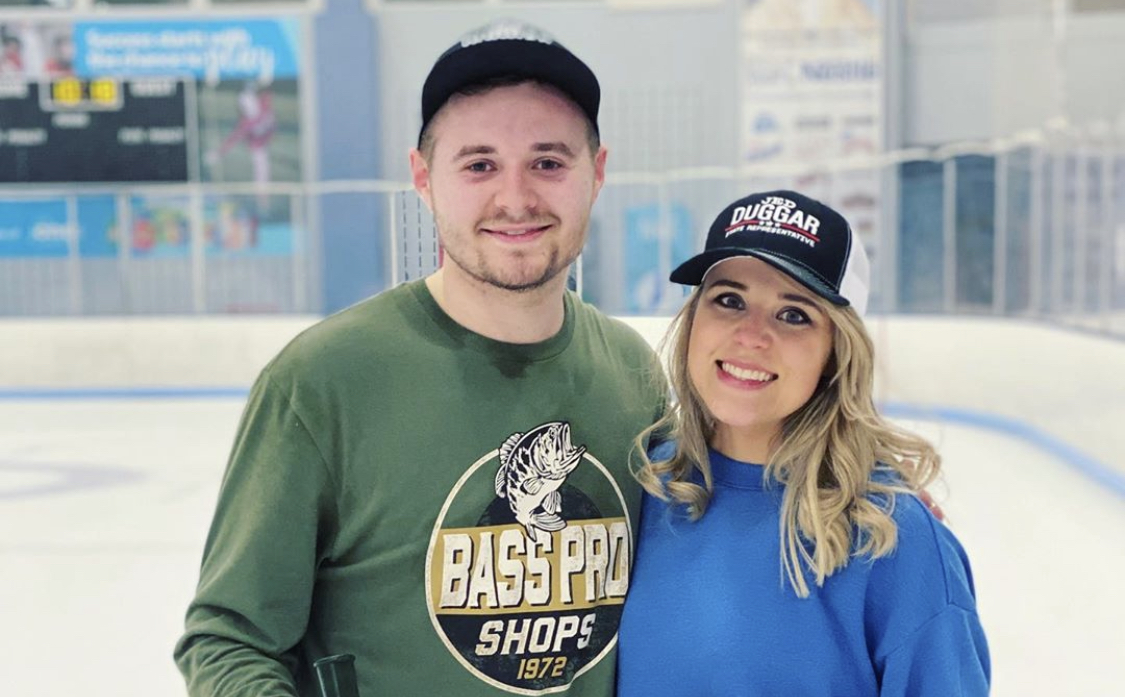 Jedidiah Duggar shared a new picture of himself with one of his sisters, Jinger Vuolo. But, fans were a bit confused about who was in the picture with him. They didn’t recognize Jinger and thought that she could possibly be someone Jed is courting.

As TV Shows Ace reported, Jinger visited her family in Arkansas over the weekend. While she was there, she hung out with her brothers Jedidiah and Jeremiah. On their Instagram accounts, they revealed that they played broomball together.

In an Instagram post, Jed shared a picture of himself with Jinger. He also shared one featuring Felicity. In the one with Jinger, she has blonde hair. She announced that she had gotten it cut short and dyed it blonde right around Valentine’s Day. It seems that not all of Jed’s followers saw that post, because they didn’t recognize her. In several of Jinger’s recent posts and stories, her blonde hair has been visible.

One of Jed’s followers said, “I almost didn’t didn’t recognize Jinger as a blonde!” Another agreed, saying, “I thought he was making an announcement.” Someone else commented, “For a second I thought maybe it was some new girl he was dating!”

Several other Duggar fans said similar things about Jinger and Jed. But, it’s easy to see that the picture features Jinger. In Jed’s caption, he specifically says that his sister and niece were visiting. He also refers to Jinger as “sis”.

Enjoyed having my sister @jingervuolo and niece in town this weekend! It was great to get back out on the ice together in a game of Broomball. You’ve still got it, sis! ☺️ Come back again soon!

Will Jedidiah be in a courtship anytime soon?

Nobody knows for sure when Jed will be in a courtship. He is currently running for local office in Arkansas, so it’s possible he’s focusing on that. At the moment, he doesn’t seem interested in a courtship. He’s got lots to work on with his campaign.

But, some Duggar fans have argued that he may look better as a candidate if he’s courting or married. He would look like a good “family man”. So, that could have an influence on whether he gets into a courtship.

Fans have long speculated about one of the Duggar men dating Kendra Caldwell’s sister, Lauren. Nothing has been confirmed. She could just be a friend of the family. But, fans are convinced that there’s something there.

Duggar fans think a family member could’ve announced something while Jinger was in Arkansas. Maybe a courtship was announced but hasn’t been shared with the world yet.

Did you recognize Jinger in the picture? Do you think that Jed will be in a courtship soon? Share your thoughts below.