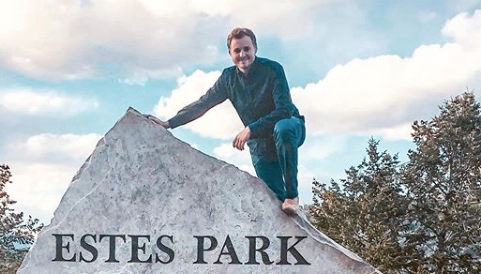 The new season of Counting On might have a new Duggar courtship in store for its viewers. In recent months, rumors have been circulating about Jedidiah Duggar courting Kendra Caldwell’s younger sister, Lauren Caldwell.

The Duggars And The Caldwells Are Good At Keeping Secrets

Duggar has not yet said anything about the rumored romance. But there are definitely some signs that a potential relationship is brewing.

To start, Duggar has been seen hanging out with the Caldwells on multiple occasions, which isn’t out of character. The two families have spent a good amount of time together in the past, having a close relationship. Paul Caldwell, Lauren’s father, pastors at the Duggar’s church, which is probably a huge outfit for Jim Bob and Michelle Duggar.

Second, Jedidiah doesn’t have the largest pool of options at his disposal. This being because of his sheltered home life and strict religious upbringing. Children of the Duggar family have courted and eventually married family friends in the past. Since Caldwell is available, the two having a romance is not a too far fetched speculation for fas to make.

One Duggar boy has already married a Caldwell, why not a second? Unfortunately for fans, both families are good at keeping things under wraps. It’s hard to tell if the two are courting or not. But, evidence to back up these claims still exists, at least on the surface.

The rumor really started heating up after Jedidiah Duggar posted a picture of himself on Instagram. The picture featured him at a local coffee shop hanging out with some friends.

There’s nothing particularly notable about the photo, but Jedidiah is now on Instagram. This fact could be evidence that he has started courting. CheatSheet says that members of the Duggar family typically do not join social media until after they have courted someone or got married. This could mean the young Duggar is in a relationship, whether it is with Caldwell though, is still unproven.

If Jana Duggar Can Bypass The Social Media Rule, Can Jedidiah?

This social media activity also has a chance to not mean anything about Duggar’s romantic life.

Jana Duggar has recently joined Instagram and has yet to begin a serious relationship. She has courted men in the past, possibly making her an exception to the rule. On an interesting note,  Jeremiah Duggar, has not started an Instagram page yet.

Fans of the show were naturally curious about Duggar’s new Instagram account and shared their thought in the comments. After posting a family portrait, many fans were asking why Duggar had decided to join Instagram, to which he never commented.

During a recent episode of Counting On, Jedidiah Duggar said that he is currently searching for love. He revealed in a confessional that he wants to find a woman who is equally as religious as he is and respects their parents.

Although nothing is official yet, there is no denying that Caldwell fits the criteria.

If the two are in fact courting, fans have hopes that TLC was there to capture the early days of their romance. If so, this would mean another Duggar wedding is in the near future, which is always an exciting event to look forward to.