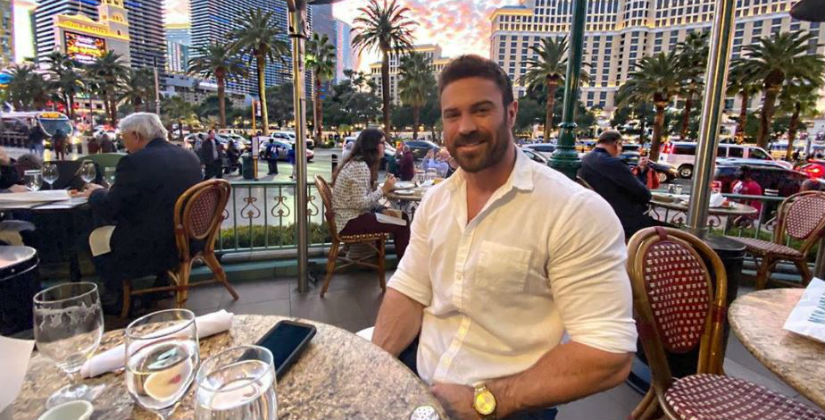 Bachelorette alum Chad Johnson is going through a bit of a rough time. A few months ago, he spoke out admitting he was not a good person when he was drinking. He vowed to give it up and work on himself. After an altercation with his now ex-girlfriend, Annalise Mishler he was arrested on domestic battery charges and also robbery charges. Now, police have conducted a welfare check on Chad after a concerned friend contacted authorities because of a unsettling social media post.

E! shared the news of this welfare check conducted by police on Chad Johnson. A spokesperson with the Los Angeles Police Department says the call requesting police visit The Bachelorette star’s Sherman Oaks apartment came in at 11 a.m. PST on Friday. Police left the apartment after speaking with Chad and determining he was not a threat to himself or anyone else.

A friend reportedly called police after Chad posted a disturbing Instagram story. The story showed a rope tied to a door with the caption, “it’ll be okay.” Chad has since deleted the post. E! says they have reached out to Chad for comment and he has yet to reply.

Following Chad’s arrest, he made a video on Instagram apologizing for his actions and also to explain them. In the video that is also not visible on Instagram currently, Chad said he is sorry for his actions and that he has never laid a hand on a woman. He says the robbery charges stemmed from him grabbing Annalise’s phone and throwing it. Chad expects the domestic battery charges to be dropped.

He went on to explain in the video that when he drinks he is not a good person. After breaking up with Annalise he did drink which led to the issues.

Chad said, “I have never laid hands on a woman any time in my entire life. I was in the Marine Corps and was taught core values.” He continued, “I have a sister. I am a very overprotective brother. If she ever felt in danger, I would want her to call. If any women out there ever feels like they are in any danger, I urge you to call 911.”

He is obviously having some trouble dealing with everything going on. Hopefully he receives the help he needs to move forward and stay sober.

If you or someone you know needs help, please call the National Suicide Prevention Lifeline at 1-800-273-TALK (8255).