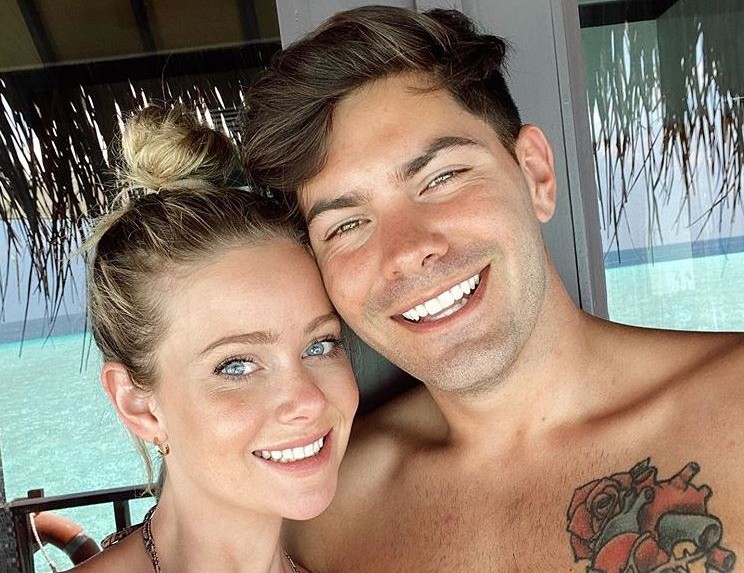 Things are getting even more real for Bachelor in Paradise couple Dylan Barbour and Hannah Godwin. The two got engaged on last summer’s season of the show and are falling more in love everyday. Dylan and Hannah were thrown a very chic engagement party in Hollywood Hills this past Saturday to celebrate their love.

People shared all the details on their amazing celebration. The couple arrived at a private residence rented out via Zocha Group to find many of their closest friends and family there to greet them.

Dylan said he was very excited to see their families together. He was also exited for he and Hannah to meet each other’s friends they grew up with.

Details on the fancy bash

According to People, the bride-to-be wore a chic white cocktail dress with feather detailing at the top by House of Hadiyah, while the future groom wore a blue velvet suit by Jay Amin, the founder of Amin Standard.

The party featured decorations of balloons and a Wonder Wall display of white flowers. There was also a neon sign in honor of Dylan and Hannah. Guests were treated to vanilla cupcakes with vanilla bean meringue buttercream. They also had Babe Kombucha and Fortaleza Tequila.

Dylan said his favorite part of the party was, “Probably around seven o’clock, when everybody progressed past drinking champagne and was taking tequila shots. Then we got to see who everybody really is.” Hannah added, “I just was naturally so excited about some of my friends and family who have never even been to California before. It was such a fun event, and I just wanted everybody to let loose, put the phones down, be in the moment. I feel like those events are very rare, especially living out here.”

as some of you may know we have a strange affinity for roses and these @saayarose roses last a whole year 🌹 . . . . . So boys you’ve only got to make one trip to the store every 12 months 😂 Use my code: “DYLAN” for 40% Off any arrangement on saayarose.com #saayarose

When is Hannah and Dylan’s big day?

Hannah says, “We haven’t planned it. This was just more of a celebration and getting all of our families and friends in one place, because getting engaged is a huge life thing, and it’s crazy that Dylan hadn’t even — he’d met most of my friends, but some of my childhood best friends live far away.He hadn’t met with them, and vice versa. So it was just a celebration of commitment.”

In anther interview with People the couple talks about their wedding. Dylan jokes, “The wedding’s next week. We’re moving to Tahiti. We’re going to have 10 kids. I’m going to open up a surf shop and that’s how we’re going to make a living.” Then goes on to speak the truth saying they feel “no pressure.” Dylan continues, “We’re just having a blast doing whatever we want.”

Hannah goes on to say, “It takes a lot of time to plan a wedding. We are so busy. Our schedules are already insane.”