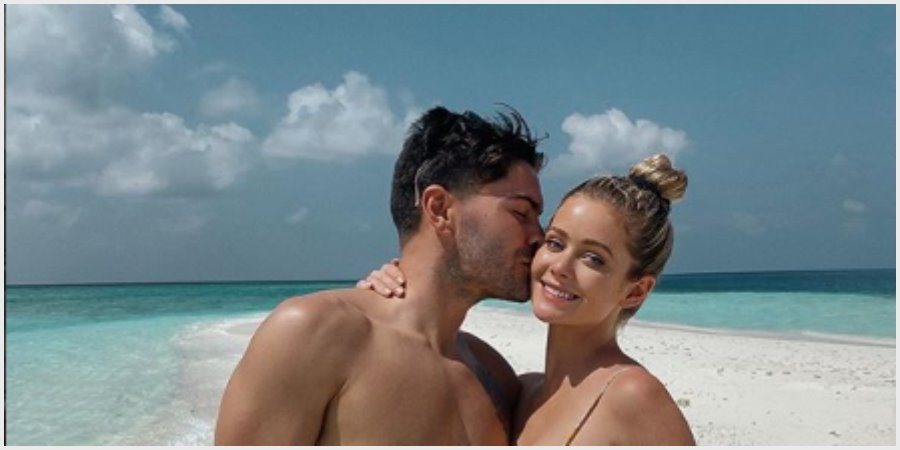 Fans of Bachelor in Paradise love Dylan Barbour and Hannah Godwin. They are one of the last two couples from their season still together. They are the only one who were engaged at the end that are still on the road to the altar. They’ve been open about taking their time getting there and just having fun while they enjoy it.

On the show Dylan was all in on Hannah from the beginning. Blake Hortsmann and Hannah had forged a connection before they arrived on the island. For a while Hannah went back and forth between the two and some fans weren’t enjoying it.

Hannah Godwin And Dylan Barbour Have Been Engaged For Awhile

In the end, Dylan Barbour and Hannah Godwin ended up together despite the love triangle. Once she chose Dylan the two only had eyes for each other the rest of the season. The two are adorable together on social media and have been happy to talk about their wedding.

They also are happy to squash rumors that they are having issues. They travel often and spend lots of time together. The two live separately still with Godwin in LA while Barbour is in San Diego, but they are clearly making an effort to be together as much as possible.

For her birthday the two went to the Maldives. Dylan posted a happy birthday post on Instagram that said, “happy birthday to my best friend and future baby mama.” Godwin also shared pictures of the trip and videos. She captioned the posts, “good morning to everyone here except my sunburn.” Then even though Hannah Godwin always wears her ring, fans started pointing it out.

Fans started to go off with it. One said, “are you engaged?” Barbour understandably was confused about why people were shocked to see the ring. He posted, “I’m confused why does everyone think I just proposed.”

Fans of BIP were in on the joke. One said, “she showed her ring at the beginning of the video but they clearly didn’t watch Paradise.” Another said, “because it looks like a BIP set up for proposal. But we know better,” according to The Cheat Sheet. It’s nice Hannah and Dylan still have people surprised by the fact they are engaged. They might just bring in some more fans to Bachelor Nation with their too cute love affair.

True Reason Behind Amy & Matt Roloff’s Divorce: When & Why
‘Bachelor In Paradise’: First Former Lead Heads To The Beach Looking For Love
Duggar Fans Beg Jeremy Vuolo To Keep Jinger Away From Arkansas
Janelle Brown Puts Her Pie On Display, ‘SW’ Fans Want A Taste
Wait, Why Isn’t A New Episode Of ‘Extreme Sisters’ On?!