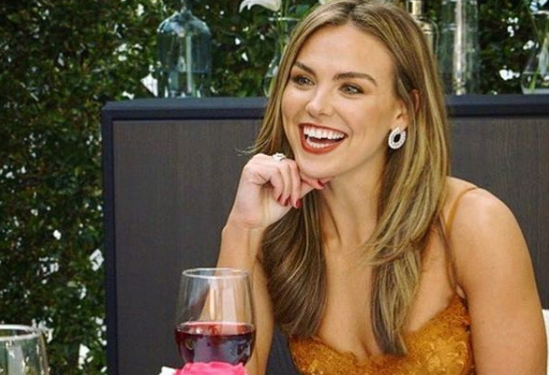 Hannah Brown and Jed Wyatt met on The Bachelorette and later got engaged. But eight months ago, that engagement came to an end. On February 23rd, the two attended a party in L.A., but Jed attended with his new girlfriend.

Did Hannah And Jed Have That Awkward Interaction?

Hannah Godwin and Dylan Barbour‘s engagement party hosted everyone who’s anyone in Bachelor Nation. This includes both halves of one of the most notorious former couples of the franchise. Hannah Brown met Hannah Godwin while they competed for Colton Underwood’s heart on his season of The Bachelor. Brown spent the party surrounded by her close girlfriends. Jed Wyatt met Dylan Barbour when they appeared on Hannah’s season of The Bachelorette. Jed attended the event with his new girlfriend, Ellen Decker.

It’s not clear if Hannah and Jed had any interaction at the party, but it sure would have been awkward if so. Hannah and Jed’s engagement began during filming The Bachelorette in May 2019. However, as the season was airing just weeks later, the couple called off the engagement. Hannah had found out that Jed had been seeing another woman when he came onto the show. The news of the breakup was confirmed during the live finale on July 31st. Hannah made it very clear that there wasn’t a chance of them getting back together after that.

From there, Hannah competed on Dancing With the Stars and finished it with a win. Meanwhile, Peter Weber, another competitor for Hannah’s heart, began his journey as The Bachelor in September. Hannah and Peter reunited on his first night of filming, she gave him a special gift. Hannah also appeared on Peter’s first group date, where she admitted that she had some unresolved feelings for him. However, the pair went their separate ways after an emotional conversation. Peter continued to look for love with someone new.

sisters before misters. uteruses before duderuses. ovaries before brovaries.👯‍♀️ the most magical way to spend Valentine’s Day! 💗

Could Peter Weber End Up With Hannah Brown After All?

Fans of The Bachelor are anxiously waiting to see who Peter ends up with, many are still hoping it will be Hannah Brown. Peter also attended Hannah and Dylan’s engagement party, but it’s also not clear if he and Hannah Brown interacted. Peter as three women left on this season, Madison Prewett, Hannah Ann Sluss, and Victoria Fuller. A new episode is airing tonight, February 24th.

According to HollywoodLife, though many things in this are unclear at the moment, what everyone is sure of is how in love Hannah Godwin and Dylan Barbour are! The couple met during Season 6 of Bachelor in Paradise last summer. After being dumped by Colton Underwood and Hannah Brown, Dylan proposed at the end of filming.