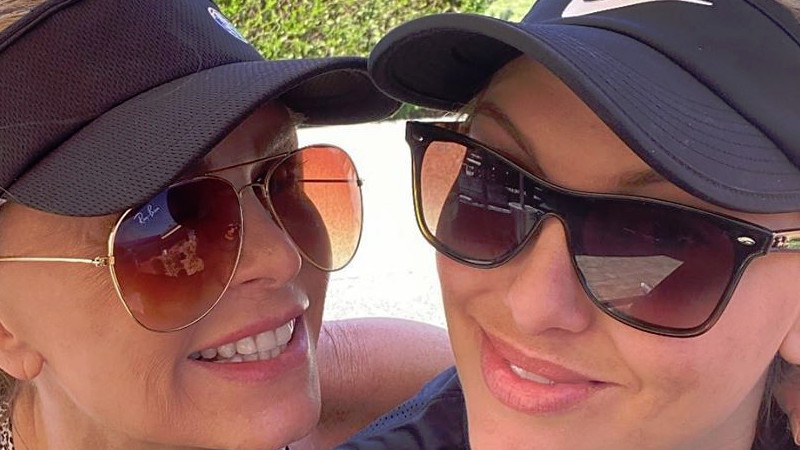 The Real Housewives of Orange County’s Tamra Judge may have given up her orange too early. The Cut Fitness owner announced her departure after a tense Season 14. The jury is still out over whether she was fired, quit after being offered a reduced role, or left because of family issues.

As fans have likely read, Tamra’s ex-husband, Simon Barney, was diagnosed with throat cancer late last year. Tamra claims she left the show to help her children cope, but fans are skeptical.

A new report by Radar Online says fans may see Tamra sooner rather than later.

Several of the ladies have taken to social media to let fans know that filming has begun.

Reportedly, the ladies aren’t bringing the drama and Tamra is being wooed to return in a reduced role. That may sound like the same offer she turned down, but this new offer is for more than just three episodes, Radar Online reports.

“Tamra is working out a deal that would bring her back for more than three episodes for between $20-25,000 each. She didn’t like just being on three episodes.”

Bravo Executive Andy Cohen Wants Tamra Back in ‘Some Form’

Bravo host and Real Housewives executive Andy Cohen recently weighed in on Tamra’s possible return. During his Andy Cohen Live radio show, he revealed that he considers Tamra a Bravolebrity that he wants to watch on television. He said,

I think she’s someone who I’m always interested in, I always want to check in with her on.”

TV Shows Ace wrote that Tamra teased a Season 16 return to RHOC on her Instagram.

Shannon Beador went through a nasty divorce while RHOC cameras rolled. Her ex, David Beador, notoriously cheated on her. Earlier this year, David and his new girlfriend, Lesley Cook, revealed the couple’s engagement.

However, fans of the Tres Amigas member often comment on Lesley’s social media accusing her of being David’s mistress. His fiancee has had enough. She admonished RHOC fans for bullying her over the false allegations.

The Real Housewives of Orange County returns to Bravo later this year. Tell us in the comments if you want Tamra to return or stay gone.

Proud Mama Jill Dillard Bragging About Samuel’s Huge Accomplishment
Carly Waddell Rushed To Hospital, Evan Bass By Her Side, What’s Going On?
Arie Luyendyk Jr. Gives Update On Daughter, Reveals Son’s Name
Does Colton Underwood Have A Boyfriend? (No, Not The Plant)
YIKES! Ivy Seewald In Least Likely Place Guzzling Out Of A Jug