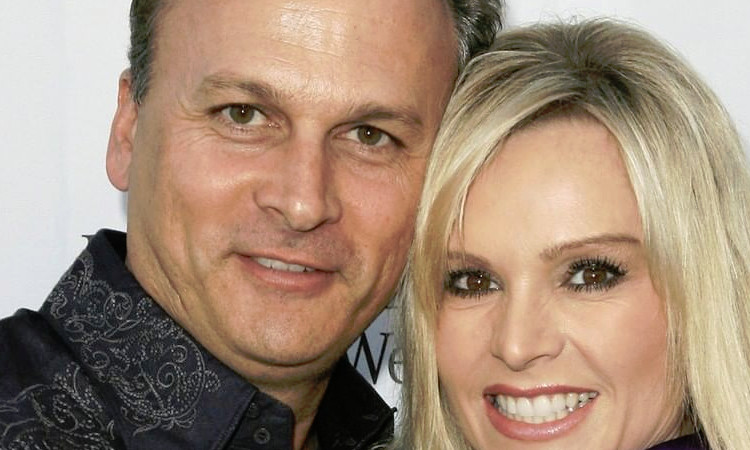 The Real Housewives of Orange County fans have been wondering for weeks the real story behind Tamra Judge’s exit. The Cut Fitness owner announced last month that Season 14 would be her last on the Bravo show.

Tamra’s original social media post about her exit simply said it was “time to move on.” In follow-up posts and comments, the reality star alluded to family issues she was dealing with as the reason for quitting the show.

On February 18, Tamra’s ex-husband, Simon Barney, revealed that he has stage 3 throat cancer. In an interview with People, he says he told Tamra about the diagnosis three months ago.

As fans know, the former married couple had a very tense divorce and a terrible post-divorce relationship. In fact, after the divorce, custody of their three children was split among them. Sidney, their oldest, chose to live with her dad and essentially stopped speaking to her mother for years.

The other two children, Spencer and Sophie, sided with their mom. Tamra has another son, Ryan, from a previous marriage. Tamra says,

“The kids were split after the divorce and chose sides but, at the end of the day, none of that matters.”

Simon reveals that his medical condition brought him closer to all three of the children he shares with Tamra, and Ryan, too.

Tamra Says the Diagnosis Caused the Family to ‘Rally’ Together

Despite the bad blood with her ex, Tamra was devastated by his news. She told People that they both teared up when he broke the news during their meeting at a local coffee shop. She says,

“My first thought was, ‘I don’t want to take my kids to their dad’s funeral,’ and immediately, any ill feelings between the two of us just vanished.”

According to Simon, the once estranged pair are getting along better than ever. Tamra explains the shift like this,

“All we have to do is rally together to make it through this.”

Simon and Tamra were both surprised by how quickly she bonded with his fiancee after his diagnosis. The RHOC alum has actually been engaged to Catushia Ienni for nine years, but Tamra never got along with her before.

Now, according to Simon, Tamra is bringing them both soup. For her part, the gym owner says she is “grateful” that her ex has a support system. Tamra says,

“I told her, ‘Thank God you’re here. I know we’ve had our differences, but I just want you to know I’m here for you too.’

Despite the dire prognosis, Simon is trying to stay positive. He tells People that he has a new perspective on life and family. Several of Tamra’s RHOC co-stars offered thoughts and prayers to her family.

Please keep @sbarney855 and our family in your prayers. It’s been a very emotional 4 months and we are rallying together as a family to get through this. (Link in bio)

While Tamra won’t appear on the show’s upcoming 15th season, she recently hinted that she may be back for next season. The Real Housewives of Orange County returns to Bravo later this year.