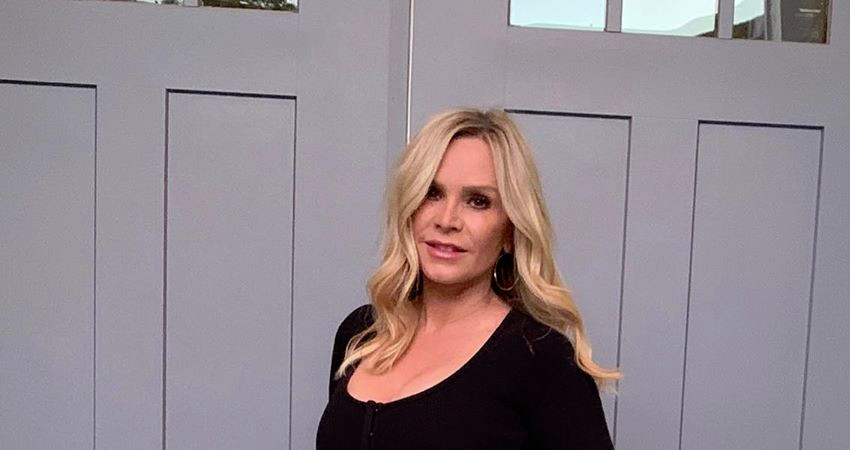 According to The Real Housewives of Orange County star Tamra Judge, one of the most controversial scenes from Season 14 was faked. Over the holiday weekend, the Cut Fitness owner took to her Instagram Stories for a chat session with her followers.

No topic was off-limits, though Tamra did keep some personal details close to her vest. For example, she chose not to elaborate on the ‘family issues’ that she implied were partly the reason she left RHOC after 12 seasons.

Tamra did have a lot to say about one specific scene that upset fans. The SUV scene where Tamra, Vicki Gunvalson and Shannon Beador allegedly discussed a rumor about co-star Kelly Dodd.

During the course of Season 14, a rumor circulated that Kelly had an intimate encounter with several men at once, AKA “a train.” Tamra, Shannon and Vicki discussed the incident among themselves before Kelly found out the rumor was going around.

In one scene, it appeared that the “Tres Amigas” had a conversation in the backseat of an SUV. The camera panned to an exterior shot of a black SUV driving down the road. Audio of Tamra, Shannon and Vicki talking about the rumor played over the footage.

However, Tamra is now denying that the SUV ride ever took place. She placed the blame on “shady editing” and coined the hashtag #SUVrideNeverHappened. Followers asked follow-up questions, of course. And Tamra was more than happy to oblige.

According to Tamra, the conversation was pieced together by producers from different interviews. She wrote,

Using subtitles & piecing together interview questions as an empty SUV drives away to make me look bad is NOT cool and NOT reality.”

There are many rumors about why Tamra left RHOC after so many years. Some claim she was fired, but Tamra herself initially said she was offered a lot of money to come back for three episodes.

However, during her Q&A session, she brought up another reason altogether, Reality Blurb reports. Tamra implied that there are family issues behind the scenes that she is dealing with. She didn’t elaborate on those issues.

Tamra did, however, strongly hint that fans might see her on RHOC next year for Season 16. She replied to one fan with an emoji indicating a secret. In a later response, Tamra outright said that viewers ‘might’ see her back.

Tamra and Vicki may be gone from the show, but the rest of Season 14 cast returns, including frenemies Shannon and Kelly. The former RHOC star has some thoughts about the possibility of the two getting along.

One of the questions Tamra fielded was whether Shannon and Kelly will be friends again. She replied that production will make them be friends.

It seems Kelly disagrees with that. Last week Kelly posted to her Twitter in anticipation of filming the new RHOC season. She wrote, “Here we go again..” with a link to an Instagram post. The link is not her own Instagram account.

Rather, it’s a Bravo fan account named bravohistorian. The post Kelly linked to is a video of an argument between her and Shannon where she accuses Shannon of being racist. That’s definitely not getting the season off on the right foot.

We don’t call her Kelly Godd for nothin #RHOC