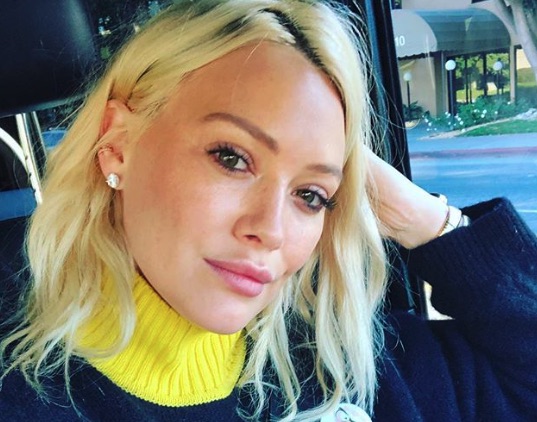 Younger fans who want to know what is going to happen next. The cast and crew are preparing preproduction for Younger Season 7. What does Hilary Duff know about the upcoming season, and will she actually spill the beans?

Hilary admits, Season 6 was very tough on Kelsey. She lost key books to Zane and Charles.  She had a social media faux pas. She had to step down. Yet, in the end, she and Zane came together. Most of all, Charles gave her an offer she can’t refuse! So, when she spoke to O, Oprah’s magazine, that she hopes that Kelsey will “thrive” in Season 7.

“So, Kelsey had a pretty brutal go last season, and I’m hoping she thrives a little more this year.”

Perhaps Hilary has forgotten how Kelsey is now going to deal with a rejected Quinn (Laura Benanti) and further aftermath of the Debutante  Ball when Pauline (Jenifer Westfeldt) reveals to all that Liza (Sutton Foster) is not a millennial. In fact, she is a 40-year-old divorcée from New Jersey. Obviously Charles (Peter Hermann) didn’t let his ex-wife know that rather important secret. Looks like Kelsey is going to be slaying a lot of dragons while trying to keep the company afloat.

Look who came to play with us this afternoon!!! Em and @suttonlenore 💖❤️💖

One of the Younger Season 7 questions is what is next for Kelsey and Zane (Charles Michael Davis). As TV Shows Ace has recently revealed, Davis is now a series regular on NCIS: New Orleans. There has not been an announcement from Darren Star or Davis on his status with Younger. There may still be some slight overlap between filming both shows in March and possibly into early April.

There may be some creative storylines where Zane is away in an early episode, and after Davis finishes filming in New Orleans, he will pop over to New York and resume with Younger.

What Will Happen In Younger Season 7?

Hilary was asked what she knows about Season 7. Fans want to know if Liza gets married and if Josh (Nico Tortorella) moves west. What about Maggie (Debi Mazar) and her latest artistic exploits, or Diana (Miriam Shor) and Enzo (Chris Tardio) as newlyweds? Hilary explained that she has no clue. “They never tell us anything. And I always feel like it’s a letdown, but I have no information, really.” She further explained that show creator Darren Star “keeps a tight lip.”

What Duff did reveal is that this is a close-knit bunch, sharing that “It’s the best group of people.” They are so close that Molly Bernard, who plays Kelsey’s best friend Lauren, officiated Hilary’s marriage to Matthew Koma. There is a reason fans love this show. This is such a talented and cohesive cast.

Perhaps one of the biggest questions is when the new season will start. TV Shows Ace reports that they will begin filming in March, so this follows the pattern of the past few years when the show premiered in June.

What do you think will happen on Younger Season 7? Be sure to check back with TV Shows Ace for the latest Younger news. Younger Season 7 should premiere sometime in June 2020 on TV Land.