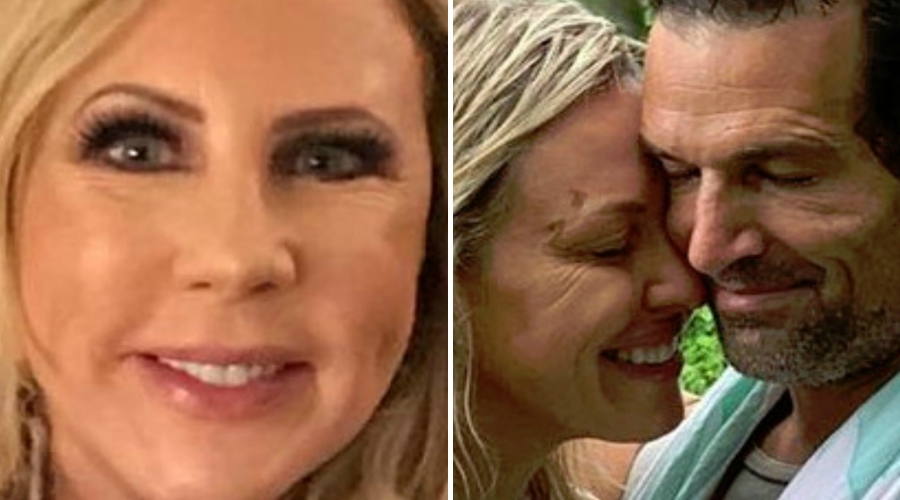 Vicki Gunvalson may be gone from The Real Housewives of Orange County, but she’s making sure she’s not forgotten. The Coto Insurance CEO shaded two of her former co-stars on social media earlier this week.

Kelly Dodd and Braunwyn Windham-Burke were frequent targets for Vicki during Season 14 of RHOC. While she and Kelly made up at the reunion, the gloves seem to be off again on Vicki’s part.

In mid-December, TV Shows Ace reported that Vicki was due in court in March regarding the lawsuit an 82-year-old woman filed against her for, among other things, fraud. The woman claimed that Coto Insurance and Vicki didn’t honor the contract to pay benefits after her husband passed away.

Vicki denied the accusations, but Kelly attacked her as a “con woman” who preys on the elderly. Vicki filed her own lawsuit against Kelly for the slander, but dropped it, reportedly after Bravo conditioned Vicki’s reunion appearance on dropping the suit.

For unknown reasons, the elderly woman decided to petition to remove Vicki from the lawsuit, with prejudice. In legal terms, that means the lawsuit can’t be filed against the RHOC star again.

Vicki celebrated her victory with an Instagram post calling out Kelly for her previous comments. She wrote, in part, “Kelly Dodd had NO IDEA what she was talking about, and her trying to paint me as something I was not was not only irresponsible, but also untrue.”

Earlier this week, the RHOC newbie posted a photo of her husband, Sean, that triggered fans and Vicki alike. In the photo, Braunwyn slays in a sparkly red dress. Her husband seems to be wearing matching red high heels and eyeliner.

The caption explained they were “supporting our kid, supporting our community.” Reality Blurb reports the couple attended an LGBTQ fundraiser where attendees dressed in drag. The gossip site also reports that Braunwyn and Sean’s son is interested in drag.

Many fans commented on the photo. Some comments were supportive, while others were… not. One fan’s question prompted Braunwyn to clap back by saying the purpose of posting the photo was to normalize ‘weird.’

As fans know, there is no love lost between Braunwyn and Vicki. In fact, the OG of the OC came under fire from fans for her comments at the Season 14 reunion about Braunwyn smooching Tamra Judge.

The backlash from fans prompted Vicki to upload a video denying she was homophobic, TV Shows Ace reports. However, Vicki again threw shade at the marginalized LGBTQ community. The reality star posted a screengrab of the picture from Braunwyn’s Instagram Stories. She asked if anyone else is seeing what’s on Sean’s feet.

It looks like #VickiGunvalson isn’t too impressed with #SeanWindhamBurke’s attire as he supports his son experimenting in drag. Thoughts?🍊 #RHOC

Braunwyn has yet to respond to Vicki’s diss. While Vicki quit RHOC after Season 14, Braunwyn will be back for another season.

The Real Housewives of Orange County returns to Bravo later this year.