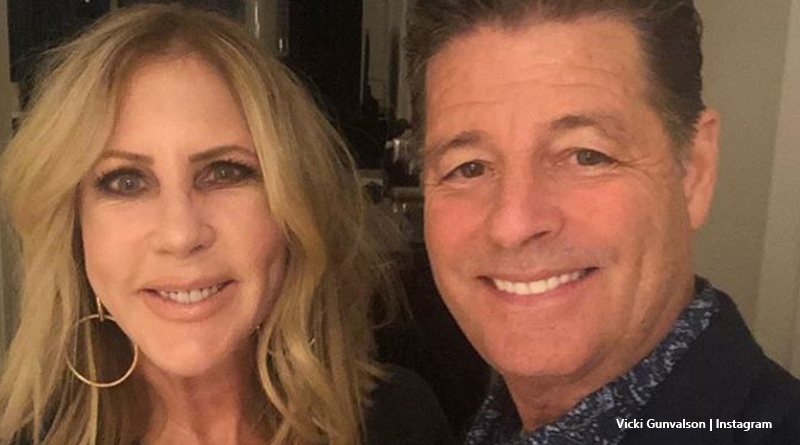 RHOC fans know that Kelly Dodd and Vicki Gunvalson feuded for a couple of seasons but they seemingly buried that hatchet at the Reunion. But, other issues arose. In Part 3, we saw a full-on Vicki meltdown with door-slamming and cussing. And, now fans also hammer at her for being homophobic. Vicki shared a message about the new year on Instagram, and mainly explained that she’s not homophobic at all.

TV Shows Ace reported that Kelly Dodd and Vicki clashed badly since Vicki suggested Kelly used cocaine back in Season 13. In fact, after being demoted to OG, or friend of the Bravo show, some people thought the clash might be behind that production choice. But, we noted that they buried the hatchet a bit, and things briefly looked up for the OG. However, in Part 3 of the Reunion, things fell apart again.

Thinking Vicki might return to the show full time seems a distant hope now. Scarymommy reminds us that the Reunion ended with a mega Vicki meltdown. It came after she yelled at Andy and even a cameraman. After Andy said to Vicki, “If you don’t want to be on the show, you don’t have to stay on the show,” she stalked off and got herself all enraged. The resultant temper tantrum got fans aghast. And, to top it all, she now gets huge criticism for being homophobic. It came after comments about fellow RHOC cast member Braunwyn kissing other women.

Over on Twitter, many Bravo fans complain that Vicki’s homophobic. And, critics want her off the show for good. One critic said, “She said at the reunion she doesn’t like when Branwynn kisses other girls or expresses herself with her body. It’s kinda homophobic.” Meanwhile, another Real Housewives of Orange County fan had more to say about it.

They noted, “she straight up called her a dyke. It was clear as day and the closed caption was perfectly clear on HULU. So yes, she is homophobic. Funny that she actually denied it PRIOR to him saying anything, and he said HER WORDS were homophobic.” Yet another one addressed the issue direct to Andy Cohen, saying, “Just watched RHOC reunion! Make sure you remember where you came from Andy! WTF…[Vicki] homophobic comments and remarks were disgusting. She should be fired!”

Hey @Andy Why is @LeeAnneLocken “vile and disgusting” for being racist yet @vgunvalson is barely shushed for being homophobic? Both COULD equally piss the viewers off. I’m wondering why she gets a pass. This isn’t the first time she’s made homophobic comments. #RHOC @BravoTV

Taking to Instagram on Friday, Vicki shared a video and wished people a good 2020. About to leave on a cruise, she mainly talked about not being homophobic. In her video, she said, “I thought I should mention I’ve been seeing some things on social media that people are portraying me as homophobic.” Then she explained she’s going “hit it right on, head-on.” She said emphatically, “I am not homophobic.”

Next, the RHOC OG added, “I’ve got family members that are g*y and lesbian.” Plus she mentioned “personal friends,” and “Bravo fans.” And once again, reiterated, “I am not.” She then noted that she said she didn’t think it is “appropriate for Braunwyn to be making out on TV.” Vicki says she doesn’t “care of it was with her husband or Tamra or anybody.” She feels that it’s totally “inappropriate.” Vicki added, “If she wants to do that, go do it off-camera.”

What did you think about Vicki rejecting allegations that she’s homophobic? Do you feel making out on the reality show should be confined to off-screen? Sound off your thoughts in the comments below.

‘LPBW’ Will Zach & Tori Move To Roloff Farms For Jackson And Lilah?
Jinger Duggar Admits She ‘Struggled’ With Her Family’s Religious Beliefs
Zach & Whitney Bates Have HUGE Update Amid Baby Jadon On Life Support
‘RHOBH’ Fans React To ‘The Housewife & The Hustler’ Premiere
Candace Cameron Bure Puts On A Leggy Display At The Poolside