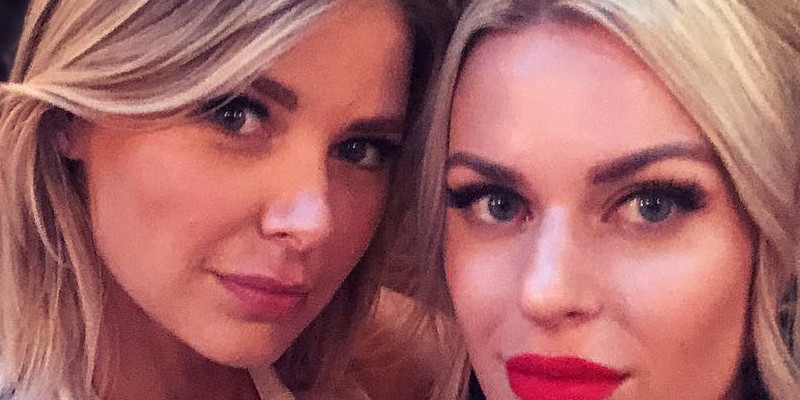 Vanderpump Rules Season 8 has been off to a slow start. Much of the early episodes focused on introducing new SURvers Dayna Kathan and Max Boyens into the fold. Well, at least until old tweets from Max Boyens resurfaced and his role was seemingly reduced.

Footage of original VPR star Jax Taylor’s wedding to co-star Brittany Cartwright is just around the bend, though. The previews at the end of the February 11 episode reveals some upcoming drama regarding the pastor Jax and Brittany hired to officiate their wedding.

Jax’s former BFF Tom Sandoval is in the mix and what happens may be the crux of their on-going feud.

Shortly before Jax and Brittany’s summer 2019 wedding, social media discovered that the pastor they hired once posted some very questionable and offensive anti-gay comments. The fury was quick and swift, as VPR boss, Lisa Vanderpump, prides herself on being inclusive.

Sandoval looks to be leading the charge against the couple’s hesitation in removing the pastor from their wedding plans. At one point, Brittany can be seen yelling at someone, presumably Sandoval, to ‘f**k off.’ Jax has hinted that Sandoval did something during Season 8 that caused their falling out. Could this be that something?

Pastor Replaced with Member of N’Sync

One of Lisa Vanderpump’s best friends in the whole world is former N’Sync singer Lance Bass. As fans know, the boy band member came out several years ago as gay.

After the scandal involving their original choice for pastor, Lance was tapped to officiate the VPR stars’ wedding. Fans cried damage control.

While everyone else may be fighting, Dayna finds herself bonding with Sandoval’s girlfriend, Ariana Madix, over the Pride parade.

Vanderpump Rules’ Ariana has been open about her love of men…and women. Jax seems to have a problem with his co-star’s orientation, implying that Ariana doesn’t want to marry Sandoval because she “likes women.”

However, Sandoval doesn’t have a problem with it and neither does VPR newcomer, Dayna Kathan. A preview clip shared by Bravo shows Ariana and Dayna bonding and dubbing themselves “bi-sisters.”

Unlike Ariana, who has been open about her preferences, Dayna is just recently coming to terms with it. She says,

“That was my first L.A. Pride ever though… but then I also came out as bi.”

At least Dayna is safe from Jax’s advances. He claimed during the last episode that he “doesn’t like blondes” in regard to Dayna. The producers brilliantly trolled the reality star with a montage of all his previous blonde hook-ups.

Vanderpump Rules airs Tuesdays on Bravo. Chime in in the comments if you think Sandoval and Jax will ever be close friends again.