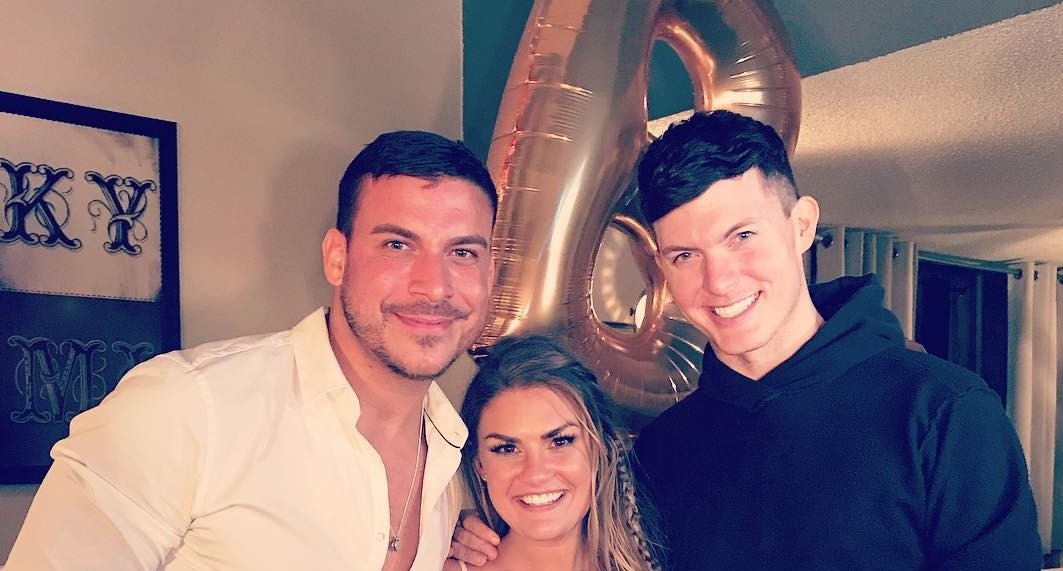 Vanderpump Rules stars Brittany Cartwright and Jax Taylor’s wedding has had more drama than SUR and it hasn’t even happened yet! The duo is set to walk down the aisle on June 29 in Kentucky. They just returned from a joint Bachelor/Bachelorette party in Miami.  A recent Buzzfeed article stated the Pastor for they’d chosen for their wedding made anti-gay statements on social media.

The Internet was quick to slam Jax and Brittany for hiring a homophobic Pastor. Fans were particularly outraged due to the double standard of the Vanderpump Rules stars taking a huge role in L.A.’s Pride Parade. The parade includes a float promoting SUR.

The article states that the wedding will be featured on the upcoming eighth season. By association, the Pastor would also have a large role.

Fans were really upset by the Pastor saying he didn’t agree with the lifestyle of gay people. This opinion was posted in response to the Marriage Equality Act. He said the gay agenda has been “forced down our throats..” That’s an interesting choice of words, Pastor.

Let me first say, you can love people but not agree with their lifestyle or their choices. With that being said, There…

Since the story came out, Jax and Brittany have been getting negative tweets on Twitter. At one point, Jax said he never even uses Facebook and didn’t know about the Pastor’s comments when they hired him. While Brittany hasn’t mentioned the Pastor specifically, she did say she isn’t responsible for what other people say.

Spread the love not the hate, I will say this again and again! We can only control our own words not the words of others so do your best to be kind and I will keep doing mine ❤️❤️

Jax, on the other hand, has been quite vocal on Twitter for hours after the story broke. He said that the Pastor had already been fired as soon as a fan brought the anti-gay comments to their attention months ago.

I am pretty happy to be honest, I don’t know what we did wrong? We found out our pastor said some things we don’t agree with, so we made some changes. (Thank god) I honestly don’t know what the big deal is. Apparently people have never made a mistake before. https://t.co/fnqnsnMQur

He didn’t say who was hired as a replacement, but Brittany’s BFF, Zack Wickham stood up for the couple.

Zack made headlines himself last month when he posted a rant against Brittany on his Instagram Stories. He wrote, “Everyone in L.A. can go f*ck themselves.” He alluded to Brittany when he said his “best friend” thinks he’s a problem.

As far as social media indicts, he wasn’t part of the bridal parties in Miami. However, it seems the long-time friends patched things up. Zack defended Jax and Brittany regarding the Pastor and had some news about his status in the bridal party.

Zack’s main goal on Twitter was to defend his friend and her fiance from accusations of tolerating homophobia. In doing so, he confirmed that he will be at Brittany’s side during the wedding.

As a gay man that will be standing on @BNCartwright's side at the wedding, I can say, this article is such bullshit. They don't support what he said. They changed him out the second anti gay things were said. They would NEVER condone homophobic rhetoric.https://t.co/fQPUabLQsv

Bravo has yet to announce an airdate for Season 8 of Vanderpump Rules, but we know it is coming.