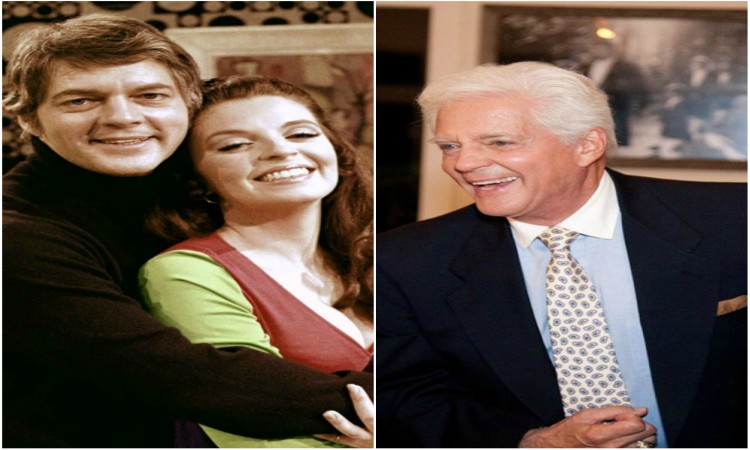 February sweeps are in high gear and Days of Our Lives is kicking up the drama. Now that Princess Gina (Kristian Alfonso) is outed, it won’t be long until Salemites know the truth about Steve/Stefano (Stephen Nicholas.) One person who may realize the ruse is Kayla (Mary Beth Evans.) Spoilers say Rafe (Galen Gering) and Justin (Wally Kurth) desperately search for Kayla after she disappears.

What else can fans expect this week on Days of Our Lives?

Days of Our Lives Pays Tribute to Bill Hayes

The special episode may have something to do with Julie’s heart.

As fans know, Gabi (Camila Banus) messed with Julie’s pacemaker to force Lani (Sal Stowers) to leave Eli (Lamon Archey) at the altar. The wedding shoe is on the other foot this week when Lani makes an unwelcome appearance at Eli and Gabi’s wedding.

Despite her past history with Gabi, Julie is officiating the wedding. Julie collapses after a confrontation between Gabi and Lani. Did Gabi cause Julie’s medical problems or is there something else going on?

Jennifer (Melissa Reeves) gets devastating news this week on Days of Our Lives. Her father, Bill Horton, has passed away. Bill is also the father of Lucas Roberts (Bryan Dattilo,) Jennifer’s half-brother. The death occurs off-screen, as Bill moved to Africa many years ago to volunteer as a doctor.

Spoilers suggest that JJ goes to Africa to attend his grandfather’s funeral. Casey Moss is rumored to be on the way out at DOOL, so it’s anyone’s guess if JJ will return to Salem.

Sarah (Linsey Godfrey) has been desperately searching for a bone marrow match for her daughter, Mackenzie. Neither Sarah or her baby daddy, Eric (Greg Vaughan,) are matches for the little girl. Spoilers reveal that someone outside the family is a match but it will lead to more questions than answers for Sarah.

Days of Our Lives fans got shocking news this week. Aside from Casey Moss, a rumor claimed that Galen Gering was leaving his role of Rafe. He took to social media this week to thank fans and confirm the exit.

Thank you all so much for the incredible birthday wishes. I’ve always seen birthdays as a day of reflection, an opportunity to look back at where I’ve been and where I’m going. So, it’s oddly befitting that today also happens to be my last day at Days. Man…I have such great memories from the last 10 years. Onscreen I’ve fought for marriages and fought evil twins. I’ve put people in prison and been imprisoned. And offscreen, I’ve made friendships that I will have for a lifetime. All the while, I’ve been so fortunate to have the love and support of the greatest fans in the world. I hope you know how thankful I am to have had you at my side. With that said, the journey continues and I hope to bring you along for the ride. Thanks for the memories Days of our Lives. Like sands through the hourglass… Love Y’all ✌️

TV Shows Ace reports that Chandler Massey (Will) and Freddie Smith (Sonny) are leaving the soap later this year.

Days of Our Lives airs weekdays on NBC. Stay tuned to TV Shows Ace for more spoilers and casting news.