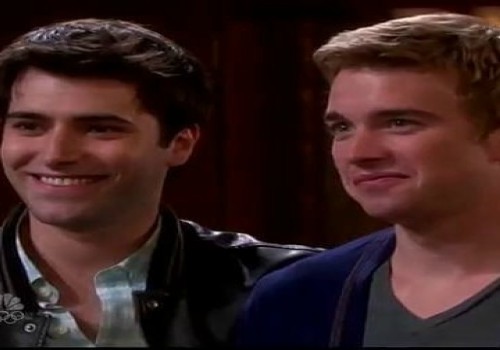 Days of Our Lives fans recently rejoiced over news of the beloved soap’s renewal. A rumor that the soap was in danger of being cancelled sent soap fans into turmoil a few months ago. One of the last four soaps left, DOOL has been on the bubble for cancellation for years. But luckily, each year a last-minute renewal saves fictional Salem from demolition.

However, the rumor started in the first place because Days of Our Lives released the entire cast from their contracts during an extended hiatus. Some of the actors said this was standard procedure for the show and that new contracts would be given at a later date.

Fans were satisfied that their favorite characters would continue on the show. But just two months into the new year, four cast members seemed to be leaving. Only two of the exits have been confirmed, but fans are not happy about the news.

Casey Moss Rumored to Be Out as JJ on DOOL

In 2013, DOOL cast the legacy character of JJ Deveraux. Soap newbie Casey Moss took on the role of the son of supercouple Jack (Matthew Ashford) and Jennifer (Melissa Reeves).

A post shared by Days of our Lives (@nbcdays)

The character recently suffered the loss of yet another girlfriend, Haley (Thia Megia). JJ’s previous girlfriend, Paige (True O’Brien), was murdered. Fun fact: JJ’s and Paige’s actors are dating in real life after meeting on the soap.

Without a love interest, there’s not much for JJ to do on-screen. Neither the actor nor the soap have confirmed the exit. But another actor hinted at his own upcoming departure.

TV Shows Ace reports that Salem might be down an officer without Rafe Hernandez. The former Passions actor took on the role in 2008 as Sami’s (Alison Sweeney) new love interest. He has since moved on with a marriage to her aunt, Hope (Kristian Alfonso).

A post shared by Days of our Lives (@nbcdays)

However, Rafe and Hope split last year, leaving him without much to do. He’s back on canvas at the moment to help rescue a brainwashed Hope/Princess Gina. DOOL fans barely had enough time to accept these possible exits before two more actors announced their departure.

Days Are Numbered for WilSon

Sonny (Freddie Smith) and Will (Chandler Massey) made history as DOOL’s first gay couple. The couple is currently separated on the show after Will was framed for killing Sonny’s mom, Adrienne (Judi Evans) in a car crash.

During a podcast uploaded to his YouTube channel, Freddie Smith revealed some shocking news for fans. He announced that both he and Chandler Massey would be leaving Days of Our Lives later this year.

According to sources, neither DOOL actor was surprised by the news, based on the content of their scripts. While nothing was revealed about how the characters leave, both Will and Sonny will be off the show in September. Is it a coincidence that Alison Sweeney, who plays Will’s mother, Sami,  recently wrapped up a short guest role, also set to air in September?

Chandler Massey took to his Twitter to confirm the news.

Wish it weren’t coming to an end, but I will be forever grateful to everyone who went on this journey with us. https://t.co/Wv0ZfQwFGo

Many fans also chimed in on social media, expressing their displeasure over the news. Some vowed to stop watching Days after WilSon leave.

Keep your eye on TV Shows Ace for final air dates and other casting news.