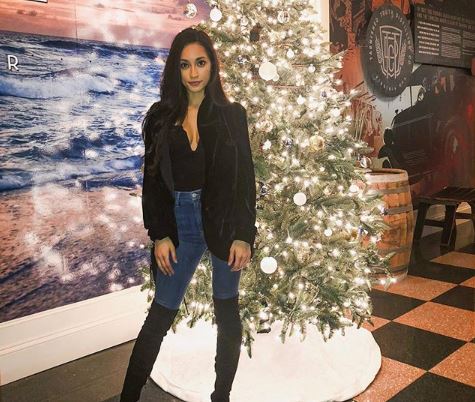 The Bachelor 2020 is going strong. Tonight on a new episode Peter Weber and Victoria Fuller won the prize of being on a magazine cover. It turns out that this is never going to actually happen, though. Reality Steve went to his Twitter to share the details tonight.

Reality Steve shares what went down after The Bachelor filmed

Steve is now sharing details about what is going on. It turns out that because of something in Victoria F’s past the magazine cover for Cosmopolitan won’t ever go up. Here is what he had to say.

(SPOILER): Because of Victoria F’s past that they found out after the fact (incl the modeling for WLM), Cosmo is not putting Peter and Victoria F. on their March digital cover. So don’t expect to see that.

So far Peter Weber and Victoria F haven’t said a word about this happening. The fans would love to hear straight from them, but it will probably just be something that isn’t talked about again. Victoria did the best job on the modeling during the big group date and that is why she got picked for the photoshoot with Peter.

So what past is he talking about?

TV Shows Ace has already shared about the things in Victoria F’s past. One big thing is that she modeled for something about White Lives Matter.

Regardless of any of this Peter Weber likes Victoria and keeps her around for a while. Since Reality Steve hasn’t been able to spoil this season of the show you never know how the story will end for Peter. Fans are just hoping that he actually is able to find love, in the end, this time around. Some are even hoping he somehow ends up back with Hannah Brown, but it doesn’t look like that will happen.

Don’t miss new episodes of The Bachelor 2020 when they air on Monday nights on ABC. There is also a new episode this Wednesday night.

Update: Cosmo is now speaking out as well.