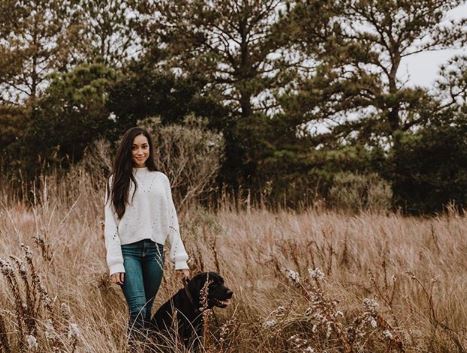 Tonight on a new episode of The Bachelor 2020 fans saw Peter Weber and Victoria Fuller shoot a magazine cover. This was supposed to end up on the front of Cosmopolitan. During the episode, Reality Steve confirmed that this cover wasn’t going to ever happen.

Jessica Pels from Cosmo put out a letter from the editor today. In it, she explains exactly why this cover won’t happen. It has nothing to do with Peter Weber. Instead, it is about the information that has been revealed about Victoria Fuller.

She was actually at the photoshoot in Costa Rica. It turns out that they didn’t know anything about the girls when they started. They simply picked the best girl for the job. That means at the time Victoria Fuller’s past hadn’t been revealed. Here is the reason they didn’t run the cover.

“It wasn’t until a few weeks ago that I found out that the woman I’d chosen had, in her past, modeled in an ad campaign wearing White Lives Matter attire.

(It’s been reported that what she modeled for was actually a Marlin Lives Matter organization focused on preventing white and blue marlin from being overfished, which used “white lives matter” and “blue lives matter” messaging on its promotional shirts and hats. In my view, the nature of the organization is neither here nor there—both phrases and the belief systems they represent are rooted in racism and therefore problematic.)

Unequivocally, the White Lives Matter movement does not reflect the values of the Cosmo brand. We stand in solidarity with Black Lives Matter, and any cause that fights to end injustices for people of color.”

The big decision to not use this magazine cover was made by a team at Cosmo, not just one person. They decided it just wasn’t a good fit. The fashion shoot was in the middle of an issue that came out. The thing is that the digital cover that Peter Weber and Victoria Fuller did will not come out at all. This may have not been an easy decision, but it is the one that they feel like was right.

Don’t miss the new episodes of The Bachelor when they air on Monday nights on ABC. Another new episode is also on this Wednesday night.