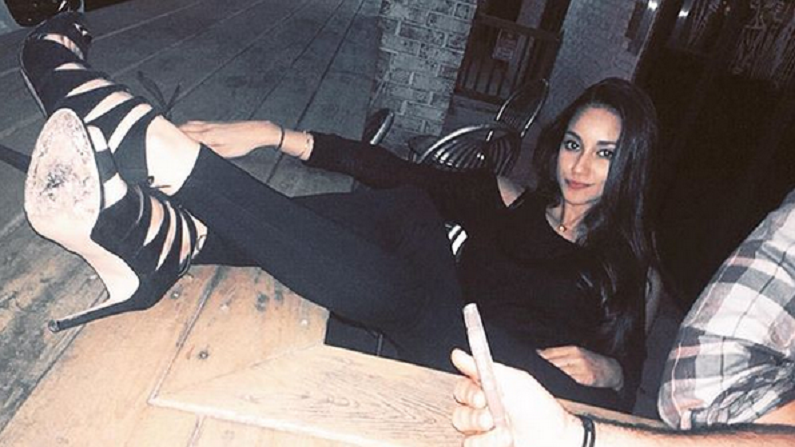 Victoria Fuller is the most controversial contestant on The Bachelor. She’s received backlash for numerous reasons. But her latest scandal has fans accusing Weber of dating an alleged racist.

This article contains spoilers for Peter Weber’s season of The Bachelor. As TV Shows Ace reported, Weber said his season won’t have spoilers. Unfortunately, that’s not the case. Go back to the homepage if you want to avoid spoilers.

TMZ got the photos of Weber holding hands with one of the contestants. Victoria Fuller and Weber were walking around her hometown. She made it into the hometown dates, which means she made it far into the season despite her controversies. She’s been a controversial woman, long before the season even started. So, if she made it this far into the show, then it’s going to be one heck of a season.

Victoria Fuller’s reputation is on the line

According to Bachelor blogger, Reality Steve, there’s a lot that fans don’t know about her. Back in his October 2019 blog post, he teased that he received many rumors from acquaintances about Fuller, most of which include a history of being involved with married men. She also dated Chase Rice, who makes an appearance this season. Awkward.

But there is no way to confirm any of these rumors. Nonetheless, it’s made Bachelor fans wonder if she’s there for the right reasons. Before working full-time as a medical sales representative in her hometown of Virginia Beach, she was a model. So, it’s possible that Fuller wants to expand on her modeling career once again.

Bachelor Nation also snooped into her past and found that she previously modeled for a clothing brand that promoted the white lives matter movement, as reported via Cosmopolitan. In a series of photos posted to Twitter, Fuller models clothes that read “Blue Lives Matter” and “White Lives Matter.” In some of the photos, she also wears a shirt with the Confederate flag, which has racist ties. Bachelor fans have wondered if Weber is dating a racist.

Victoria F has modeled for a white lives matter “company” how the fuck is she on the bachelor? #TheBachelor #DoBetter pic.twitter.com/bYEVblcp1Z

In lieu of the controversy, Fuller defended herself on Instagram. She claims that the rumors and allegations against her are “false.” She went on to say that she would find the right “time & place where I can defend myself, but for now I choose to wait.” Maybe she’ll wait until the reunion to address her past.

What are your thoughts on Victoria Fuller? Do you think she’s on The Bachelor for the right reasons? Sound off below in the comments section.