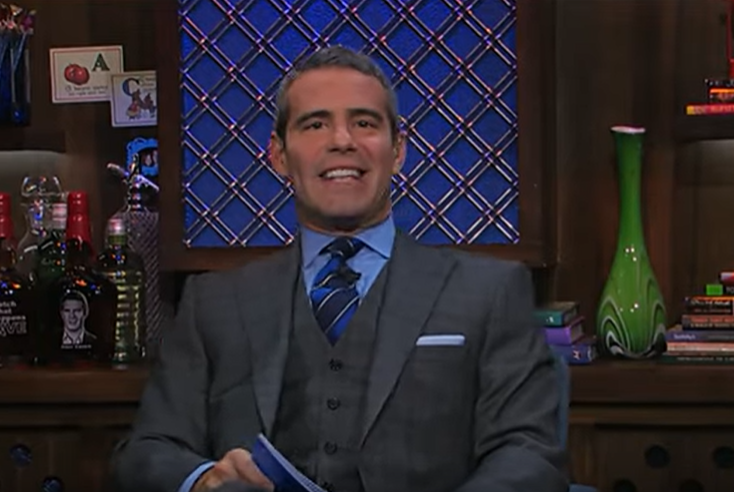 Andy Cohen thanks Kelly Ripa for saving his life.

Kelly Ripa Knows Skin Cancer When She Sees It

The host of Watch What Happens Live, 51, spoke about his brush with skin cancer during an appearance on Jenny McCarthy’s SiriusXM radio show on Friday. He shared that Ripa, 49, had urged him to see a doctor after a suspicious speck had been spotted on his face at a party.

Andy Cohen said this dot on his lip had been there for a while and had not been paying attention to it. He explained that he hadn’t given the blemish much thought until he ran into Ripa. Cohen attended an art opening for Gloria Vanderbilt one night and ran into Ripa and her husband, Mark Consuelos.

Kelly came up to Cohen and asked what was happening with his lip, then urged him to see a doctor as soon as possible. She was sure it had to be skin cancer.

Soon after the conversation, Cohen says he had a consultation with a doctor. After he had it checked out, they said it was malignant melanoma.

Andy Cohen Is More Than Grateful For His Friend

People says Melanoma is quite a serious type of skin cancer. The risk of developing it can be increased by exposure to ultraviolet radiation from sunlight or tanning lamps.

Cohen had surgery on his lip to have the spot removed, ever since he says he’s been “extra careful” about his time in the sun. Twice a year he visits a dermatologist for a full-body check for skin cancer.

Andy Cohen had been seen with two large bandages covering his forehead. He mentioned that he had something “hacked off” but did not provide details about the procedure.

Cohen dropped in on Live with Kelly in 2017 to thank the host for urging him to see a dermatologist.

He said he wanted to give her a shoutout for something she wasn’t aware of. “I had this black dot on my bottom lip. And you and I were at a party for Anderson Cooper‘s mom in April. And you said, ‘You have a black dot on your lip. I don’t think that’s something good,’ he said on the morning show.

Andy Cohen went on to say he wanted to thank her because she had been so dogmatic. She was a good friend and he needed to know it was skin cancer because he really loves the sun and tanning. He urged her and her viewers to be careful, he always thought that kind of thing would never happen to him, but it changed his relationship with the sun. He concluded by saying how she had really helped him and thanked her one more time for staying on him.