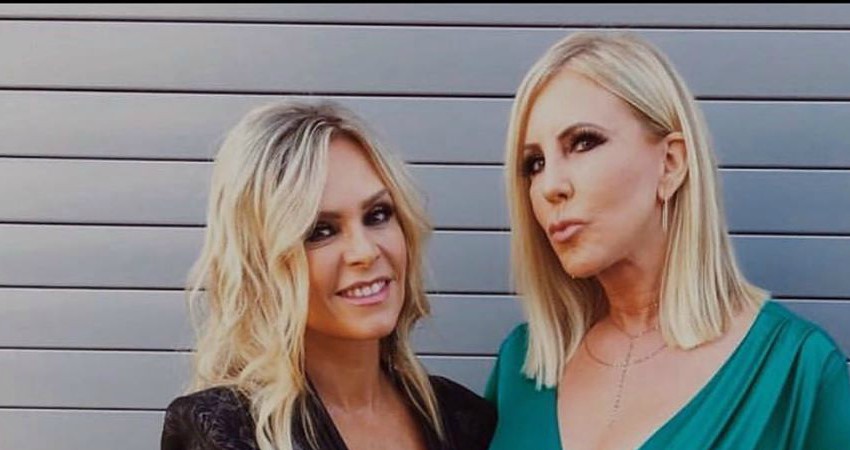 Andy Cohen has a lot to say about The Real Housewives of Orange County Season 15 cast. The Bravo host and executive teased a cast shake-up weeks ago. Fans of the original franchise finally found out what he meant after two shocking exits were announced within days of each other.

Last week the last original cast member of RHOC announced her departure. Vicki Gunvalson often refers to herself as the OG of the OC. The realtor was unhappy with her reduced role for Season 14.

A day after Vicki’s announcement, friend and co-star Tamra Judge announced she was leaving RHOC, too. According to Tamra, Bravo offered her a part-time role, similar to Vicki’s role in Season 14.

The Cut fitness owner decided to close the reality show star chapter of her life and move on. She posted a sweet message to Andy that featured promo photos for each one of her 12 seasons.

Love you Andy! “ Don’t cry because it’s over, smile because it happened” dr. Seuss

Rumors of a Cast Shake-up Spread

Speculation about Season 15 began before the previous season had finished airing. After a tense season, speculation mounted that the network was looking to make some changes. Rumors swirled that Bravo was afraid keeping the same cast would make the show “stale.”

The rumors reached fever-pitch when Reality Blurb posted a presumed list of which stars received contracts. However, Andy quickly shot the gossip site down by denying contracts went out to anyone.

People reports that Andy cleared up rumors on his radio show. A caller asked if RHOC fired Vicki and Tamra to replace them with younger blood. Andy denied that age played a factor, citing The Real Housewives of New York star Ramona Singer, who is older than both RHOC stars.

Instead, Andy pointed to the earlier rumors of the show getting stale. He said,

“We just felt like, with Orange County, we were going in circles a little bit with the group.”

The Bravo host also pointed out that if age were a problem, Shannon Beador would also be leaving. This comment seemingly confirmed that Shannon will return for Season 15.

If Vicki and Tamra are Out, Who is in?

Andy said on his radio show that Bravo wanted to switch up the cast for a few years now. Aside from implying Shannon’s return, Andy remained mum on other casting news. However, Us Weekly exclusively reports who will return.

Kelly Dodd, Gina Kirschenheiter and Emily Simpson will return for more RHOC. TV Shows Ace reports that Gina plans to move in with boyfriend Travis Mullen, which may give a hint into her Season 15 storyline.

Newbie Braunwyn Windham-Burke will also keep her orange for a second season. Bravo has yet to announce if anyone new or old will return to replace Vicki and Tamra.

Former RHOC star Meghan King Edmonds has said several times that she is open to a return.

While Vicki and Tamra both plan to move on with their respective careers, Andy wants to keep them in the Bravo universe. He said,

That’s the first hint Bravo plans another fan convention after their success in 2019. In fact, Vicki first announced at Bravocon that she wouldn’t return to RHOC unless it was full-time. It seems she kept her word.

The Real Housewives of Orange County returns to Bravo in late 2020. Keep an eye on TV Shows Ace for more casting news and the dish on your favorite shows.