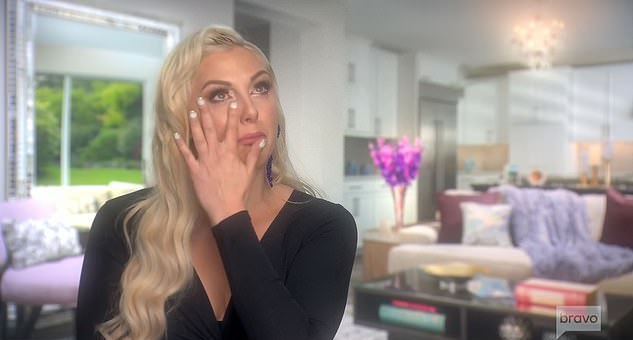 RHOC star Gina Kirschenheiter is reportedly going through a lot in her life. In fact, she went through a lot in the past year. The reality star dealt with a DUI and her estranged husband’s domestic abuse. Her life is still filled with ups and downs. Gina is sharing some good news and bad news with fans.

Bravo star is planning to move in with her new boyfriend

She seems happy with her new boyfriend, Travis Mullen. She’s been posting cozy photos of herself with him on her Instagram page. As Us Weekly reported, Gina is ready to take the next step with him. An insider told the tabloid that she wants to move in with him as soon as possible.

The Real Housewives of Orange County star is “planning to move into a house with Travis and her three kids and his three kids in the next few weeks.” This sounds like something out of the Brady Bunch but without the big wedding. The source revealed that Gina and Travis made this decision during the summer of 2019. She is “really excited about this move and she is looking forward to this next chapter.”

Living our best life in #costarica missing our babies but def enjoying this break! ❤️ @travis.mullen.85

Back in September 2019, Gina told Us Weekly that she moved on from ex-husband Matt Kirschenheiter with Travis. During her exclusive interview, she said that she met him through a mutual friend. Gina didn’t expect to fall in love so quickly. But she says that Travis is “a really good guy, really sweet, really kind and it’s nothing like I’ve ever really experienced before.” She seemed swept off her feet.

Gina Kirschenheiter had a family scare

Now for the bad news. The television personality had a scare on Monday, Jan. 27 when her son Nicholas was taken to the hospital in Mission Viejo, California, as reported by OK! Magazine. Gina posted a photo of her son sleeping in his hospital bed on Instagram. The photo shows him wearing a hospital bracelet and an IV attached to his arm.

We had a little scare yesterday with our sweet Nicholas. He Had some sort of reaction. It was very scary but he is home and fine!! Thank you so so much to all the nurses, doctors and staff @mission_hospital. It makes such a difference when you are surrounded by smart and compassionate people trying to help you. ❤️

Though she didn’t give the details of his health scare, Gina said that Nicholas “had some sort of reaction.” He has now returned home and is doing well. In her Instagram post, Gina thanked the hospital staff for their help and hospitality.

However, some fans thought the post was inappropriate and slammed Gina for posting about her son’s health. Others gave well wishes to Gina and Nicholas and even prayed for his recovery. Gina shares Nicholas, 7, Sienna, 5, and son Luca, 3, with her ex-husband Matt Kirschenheiter.

Will Gina be back on the ‘Real Housewives of Orange County’?

Rumors have been swirling that big changes have been taking place behind the scenes. Following Season 14, Bravo has been sending pink letters for the upcoming season. Vicki Gunvalson and Tamra Judge announced their departure from the series. Is Gina losing her orange as well?

As Showbiz CheatSheet reported, producers haven’t decided on Gina. But it’s likely that she could leave the show. Even though she can’t reveal her future plans to return to the reality series, she did respond to a fan on Instagram who remarked that she won’t watch the new series if she’s not on.

“So are you part of the next season? I along with many friends won’t watch unless you are in!” the fan wrote.

Gina only responded with the winking emoji. It appears she’s teasing her return.

Hell yea I am!!! And proud 💪🏻🙌🏻🙃 wanted to throw this up. My usual wardrobe consists of jeans and a t-shirt so I’m actually a bit of a t-shirt snob lol. LOVE the t’s by @closers_crew super cute and super well made! Also mom owned brand which I love! Check them out ❤️ #RHOC #momssupportingmoms #perfectfit #brandsyoulove #supportlocalbrand

Production on the Real Housewives of Orange County is expected to start in the next few weeks. Bravo hasn’t announced when the show will return.

What are your thoughts on Gina Kirschenheiter moving in with her new boyfriend? Sound off below in the comments section.

Don’t forget to check back with TV Shows Ace for the latest news on the Real Housewives of Orange County.