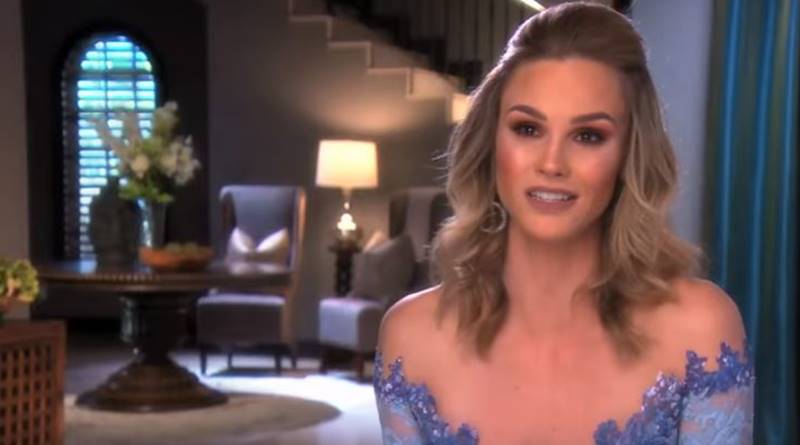 RHOC fans heard a lot of drama about Meghan King Edmonds. She first starred on the Bravo show, The Real Housewives of Orange County in Season 9. Later, they saw her in Season 10 through 12. Via her Intimate Knowledge podcast, she speaks out about the bitter split from Jim Edmonds. Now, she claims the step-kids are getting poisoned with lies.

TV Shows Ace reported that speaking on podcasts, Meghan leaves little to the imagination when it comes to their split. Earlier this month, she said that he dated a friend and engaged in some sort of love triangle. Well, he denied it and claimed if anyone got involved in something like that, it was Meghan. Meghan also claimed the friend used his card to buy things, and he paid for it. The tit for tat exchange via the podcast and the media continued. In any event, it’s a sad and sorry-looking situation.

Now, new stories emerge that the bitterness and accusations don’t seem resolved. For a brief time, the couple agreed to disagree and made some sort of peace between them. But, it all raised itself up again. This time, RHOC alum Meghan alleged that the kids are being “poisoned.” This time it came via the Juicy Scoop podcast where she talked to Heather McDonald. By kids, she refers to the ones that Jim had before they married, Landon and Sutton. It doesn’t include their son Hart who is in rehab for brain trauma.

Poisoned and upset, Meghan says about the kids

Yahoo carried the story by People on what Meghan said in the podcast. According to Meghan, she simply has zero “contact” with the 14 and 11-years-old kids. In fact, she notes that all contact with them got cut off, presumably by Jim. She noted, “I’ve been blocked from their phone numbers, from their Instagrams.” Then, she added that Jim’s been telling them versions of her that she “never said.” Although these kids were not hers biologically, she spent years with them and felt they were always a part of her family.

Thoroughly saddened, the RHOC alum added, “I know they’re being poisoned, being told a lot of different things that aren’t true,” But, she really hopes that they know her so well, that that know who she really is. It certainly looks like the marriage won’t ever recover judging by what sounds like a very toxic relationship right now. Actually, Jim filed for their divorce in October.

Will we see Meghan back on the Bravo show?

It’s also clear that fans of RHOC probably won’t see Meghan back on the show. In January, she hinted that she can’t be on the show as she no longer lives in Orange County. Mind you, she wouldn’t mind appearing as a friend of the show. But, Jim would hate for any more of their breakup to be aired. So, probably that won’t happen.

What do you think about Meghan King Edmonds claiming Jim’s poisoning the kids against her? Sound off your thoughts in the comments below.