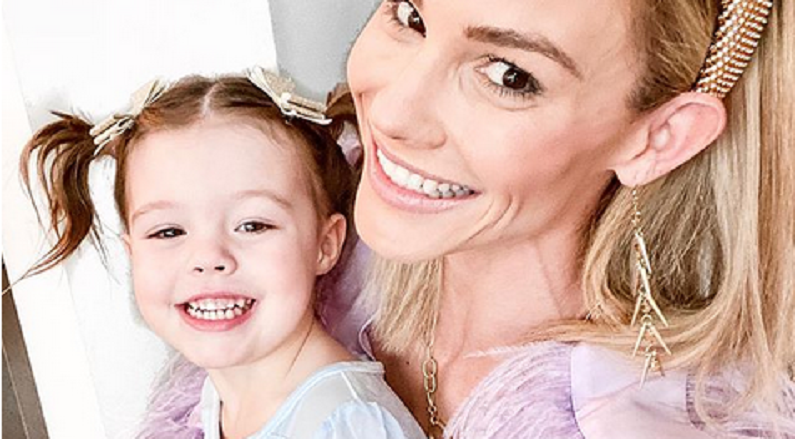 Meghan King Edmonds has had a lot of drama going on in her life. She would be the perfect candidate for The Real Housewives of Orange County. Even though she’s had quite the year, she has no interest in returning to the Bravo reality series. She first appeared on The Real Housewives of Orange County in Season 9 and then joined the cast in Seasons 10 to 12.

‘RHOC’ alum would return as a “Friend of the Housewives”

She’s been promoting her new Intimate Knowledge podcast with her co-hosts Brooke Burke and Lila Darville. Lila suggested that Meghan should appear on The Real Housewives of Beverly Hills, because Beverly Hills is her current stomping grounds.

“They’ve never had a Housewife go from one city to another. But you never know!” she exclaimed.

Meghan revealed that she doesn’t want too much television these days. She only tries to “keep up with the gist” of RHOC.

“I have a lot of other things to keep up with, but I try to keep up with just out of respect for the producers and the team that kind of became my family over the past few years. I try,” she said.

She revealed that she would never return to the show as a Full-Time Housewife. Only as a “Friend of the Housewives.”

“I would totally love to come back as a friend. I would love that,” Meghan said. “I think I’m in a place where I could do that, so maybe I will!”

She’s especially been keeping up with the drama surrounding Vicki Gunvalson. Meghan feels that her former cast mate should leave the show.

Her ex-husband will be happy to hear that she won’t appear on The Real Housewives of Orange County anytime soon. As Fox News reported, he revealed that he doesn’t want to air out their marital problems. The former couple have been making headlines as their divorce plays out. Some of their problems have even been addressed on Meghan’s podcast.

As she continues to keep it real, Jim says that he doesn’t want to partake in airing their personal life. He also doesn’t want to stoop to her level. But that doesn’t mean he’s not going to stop bashing her. Jim’s representative claims that Meghan is looking for attention.

“Jim is not going to roll in the mud with anyone and has no interest in playing this out in the media,” his representative Steve Honig released a statement to E! News. “Meghan publicly broadcasts a 30-minute therapy session about her marriage and continues to tell stories to anyone who will listen as an opportunity to get attention for herself. Publicly discussing private matters is not in the best interest of the children and he is not going to engage on that level.”

Meghan King Edmonds is in the middle of a nasty divorce with Jim Edmonds with whom she shares Aspen, 3, and twin boys Hart and Hayes, 19 months old.