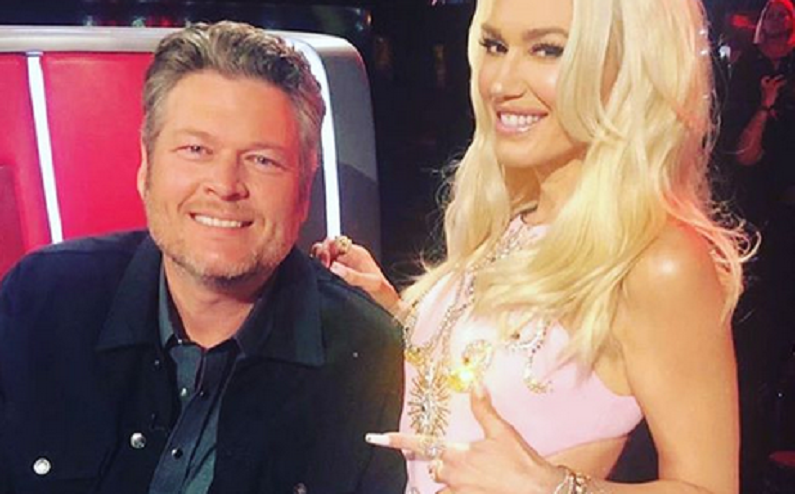 Even though Blake Shelton and Gwen Stefani’s plans to get married seem to have been put on hold, the pair is still going strong. This unconscious coupling may have come out of nowhere, but the two have proven that their relationship is not a PR stunt. The couple is also scheduled to perform at the 2020 Grammy Awards. The country artist talked about his love for the No Doubt singer and why they work well together.

Gushes over Gwen Stefani in a new interview

Blake Shelton and Gwen Stefani will perform at this weekend’s Grammys. It’s expected to be another great duet since the two have worked together before. This couple has successfully mixed personal with professional. As Taste of Country reported, Shelton talked about their relationship in a new interview with Gayle King. He admitted that even though they are two different people, it’s the “little details” that keep them together.

“She has a way of looking at life in a way that I’ve never expected,” Blake Shelton said. “She’s the most understanding, kindhearted person I’ve ever met.”

The two met while working on The Voice in fall 2015. Both Shelton and Stefani were making headlines for their respective divorces from Miranda Lambert and Gavin Rossdale. Their relationship has been making headlines ever since and fans adore them. The two expressed an interest in getting married, but they know it’ll happen at the right moment.

Blake Shelton and Gwen Stefani release new song “Nobody But You”

The country singer just can’t stop gushing over his girlfriend. The Voice coaches dropped the music video for their new song “Nobody But You,” according to CNN. The song is featured on Shelton’s latest album, Fully Loaded: God’s Country, which he dropped back in December. The music video follows the pair doing normal couple activities. It even includes private home videos. Check it out below:

According to the CNN report, the music video was filmed in Los Angeles and Oklahoma, two places where the couple splits their time. It was also filmed and directed by Sophie Muller, who also won an award for Shelton’s “God’s Country” music video. According to Shelton’s official website, this new music is about a “couple from two different worlds coming together to create one blended and loving life.”

Will Miranda Lambert attend the Grammys?

Fans are wondering if Shelton’s ex-wife is also attending the awards ceremony. Lambert has been nominated for Best Country for her song “It All Comes Out in the Wash.” If she makes an appearance, that means she’ll watch Shelton and Stefani perform. Meanwhile, Shelton has been nominated for Best Country Solo Performance for his song “God’s Country.”

It’s unlikely that there will be any drama. Lambert has since moved on and married Brendan McLoughlin. She also embarked on a weight loss journey and has been happier more than ever. If anything, the exes will probably be cordial if they happen to run into each other.

What are your thoughts on Blake Shelton and Gwen Stefani’s new duet? Sound off below in the comments section.