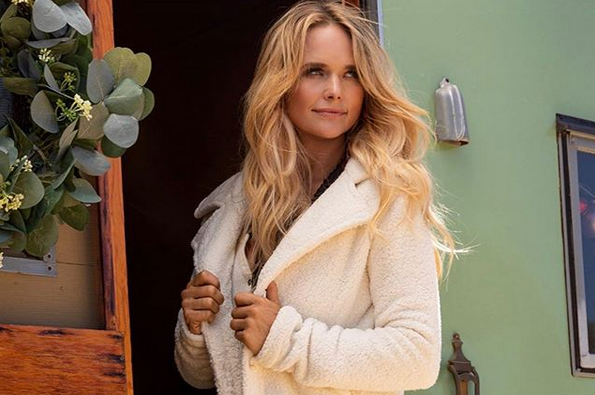 Gwen Stefani’s divorce from Gavin Rossdale has brought her closer to Blake Shelton. As previously reported via TV Shows Ace, Gwen talked about that divorce that played out in the media. But country fans remember that messy divorce that happened between Miranda Lambert and Blake Shelton back in 2015.

Miranda Lambert gets candid on her messy 2015 divorce

It turns out that divorce even took a toll on Lambert. In her cover story for Health, Lambert said she wishes that people would spend more time “talking about my actual art” than her “personal life.” But Lambert understands that she’s in a business where her relationships will be talked about. It comes with the territory. Lambert says she has no plans to leave the public eye anytime soon. She will continue to write music, perform, and enjoy her fame.

Lambert’s fame has given her a platform to talk about her side of the divorce. Lambert and Shelton shocked country fans when they announced their divorce in 2015. Ever since then, the tabloids haven’s gotten enough of these two and their respective relationships. Lambert even shaded Shelton while he was sitting in the audience at the ACMs back in April. She coyly sang that she “got the hell out of Oklahoma.”

In the interview, Lambert also talked about her new husband Brendan McLoughlin. It seems like Lambert is smitten with the new love of her life. She said that she knew the moment she loved him, and so she had to snatch him up right away.

“I feel like I’ve been through enough in my life to know what I don’t want. So, when I know what I do want, I snatch it right up,” Lambert says.

She was also asked if there were immediate sparks between the two. Lambert admitted that she always didn’t believe in love at first sight. But she ended up becoming one when McLoughlin entered her life.

“I guess so. If that’s a thing. I have eight dogs. Had love at first sight with them too. Must be way easier than I thought.”

Miranda reflects back on her weight loss journey

Lambert has also been honest about her weight loss journey. While the country singer is known for singing about breakups and revenge, she told Health that her new album reflects where she is in her present moment. Lambert is also a big fan of self-care. While she’s focused on diet and fitness, that doesn’t mean she subscribes to the latest diet fads.

“I”ve been on every diet,” Lambert revealed. “Every time I did low-carb, I would gain [the weight] back so quickly.”

Just because Lambert is healthier doesn’t mean she can’t enjoy a cheeseburger and beer every so often. Lambert appears confident, secure, and in love in her cover story. She finally feels at peace with her life. Her new album, Wildcard, is the complete opposite of her previous effort. After an eight-month break, Lambert has found a new lease on life.

“I’m definitely celebrating joy a lot more than I have before,” Lambert admitted. “I’ve had a pretty amazing journey.”

What are your thoughts on Miranda Lambert’s candid new interview? Sound off below in the comments section.

Brush Up On Brendan Morais Before ‘Bachelor In Paradise’
Khloe Kardashian & Tristan Thompson Spending Time Together: Are They Back Together?
YUCK!! What Has Savannah Chrisley Done To Her Face?!
‘The Young & The Restless’ Spoilers, July 26-30, 2021: Phyllis Gets The Goods, Sally Panics
Jim Bob Losing ‘Cinderella Duggar’ Jana As Designated Chaperone?!