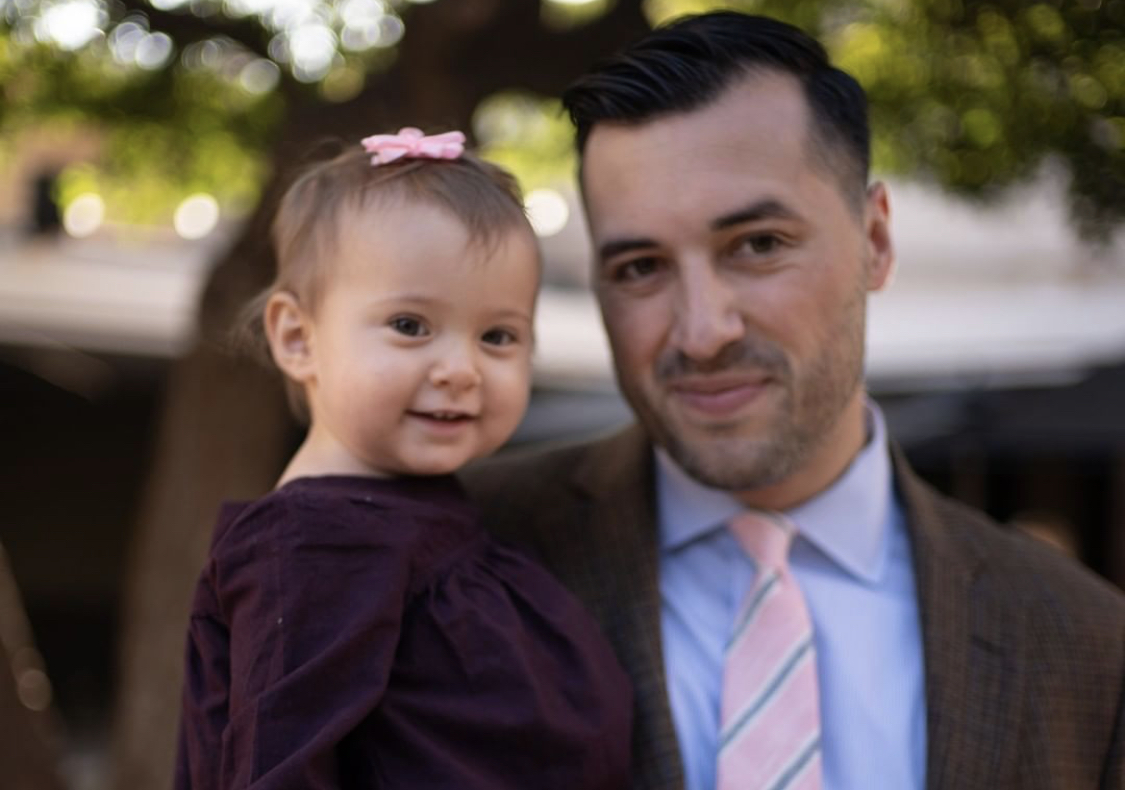 If you’re a fan of the Duggar family, you might recall Jeremy Vuolo’s professional-looking outfits. On social media, it seems that he’s always dressed pretty nice, even if he’s just out to dinner. Sometimes, he’s described as thinking highly of himself or as wanting to appear to be wealthy because of this. It turns out that there’s a real reason for his fashion choices.

Some fans seem to appreciate Jeremy’s sense of style. Others think that he creates some odd outfits. With all of his nice outfits in mind, Duggar fans began to discuss the reasoning behind those outfit choices.

Duggar fans also noticed that Jinger seems to dress rather professionally too. As far as fans know, she’s a stay-at-home mom. She doesn’t work outside of the home, so fans are unsure why she dresses so nicely. Fans are typically impressed with Jinger’s style though.

Jinger has even branched out and dresses differently than her parents required her to growing up. Now, she is frequently spotted in shorter dresses or jeans.

There's nothing like a Fall stroll in sunny Southern California ☀️👪

What does Jeremy Vuolo do?

Right now, the Duggar son-in-law is attending the Master’s Seminary in Los Angeles, California. He and Jinger, and their daughter Felicity, made the move in the summer of 2019.

One Reddit user was able to find the dress code for the Master’s Seminary to compare Jeremy’s style with the style of his peers. As it turns out, Jeremy is required to dress like this.

So, based on these requirements, it makes sense why he dresses so nicely. Sometimes, he and Jinger also share pictures after church or at special occasions. In a recent post, he’s wearing a tuxedo at a surprise party he threw for Jinger.

I planned, with the help of amazing friends, a surprise birthday party for Jinger last month! I wanted her to know how deeply she’s loved and what an incredible woman she is. It was a special night of celebrating Jinger.

Some of Jeremy and Jinger’s fans have been to college themselves. Some don’t see the importance of dressing professionally for classes. Others explained that this was expected of them in college too.

While some followers thought that Jeremy might be a little too dressed up to go to college courses, others mentioned their own experiences. It depends on the student’s area of study.

Some followers added that he probably only has to dress up for classes directly relating to his major. If he has to take any general courses, he’s probably allowed to wear whatever he wants to. But, who knows? The Master’s Seminary seems to be fairly specific with their dress code.

Because the school has this dress code, it’s unlikely that Jeremy stands out too much. Duggar fans agree that his clothing is sometimes unique, but if suits, ties, or button-down shirts are expected, he must be doing alright.

One Reddit user said, “Even with the dress code he still would stand out with some of his ridiculous outfits.”

So, what do you think of Jeremy’s style? Does it make sense why he’s dressing so professionally now? Leave a comment below.