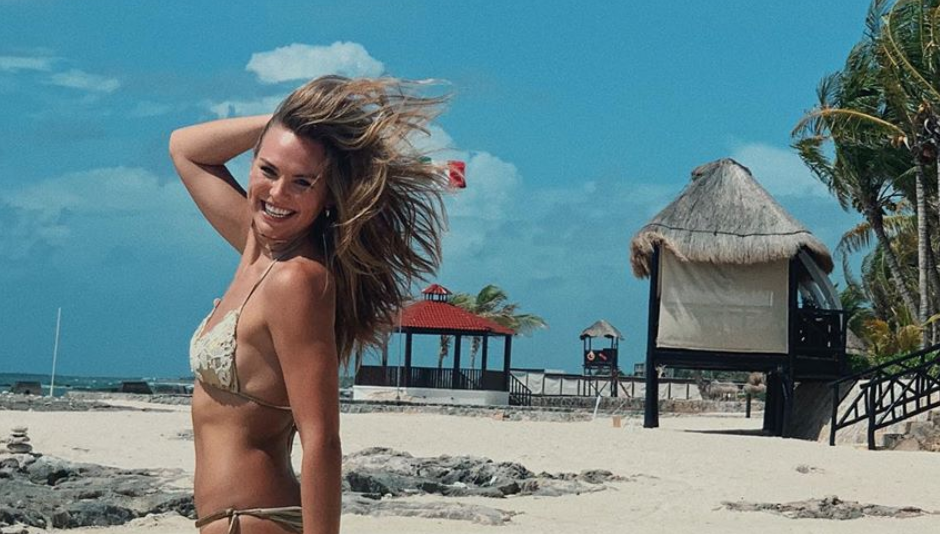 Hannah Brown has been on TV for the last year. There has been lots of speculation as to if she would be joining Bachelor in Paradise. Turns out, she will not be.

Hannah won’t be on ‘Bachelor in Paradise’

Hannah Brown did a post-Bachelor Instagram live video last night. In the video, she opened up about life in L.A., how it feels to see people starstruck and she even talked Bachelor in Paradise. One fan asked her if she would be joining the next season. She promptly replied that no, she wouldn’t be in Paradise this season.

While this is sad, it doesn’t necessarily come as a surprise. The beauty queen has had an intense year after being on The Bachelor, The Bachelorette and DWTS. It kind of seems like she would maybe be ready to date the normal way now. Not with 30 different people all at once.

While she won’t be going to Paradise, she did admit that she will hopefully be attending Stagecoach. However, it’s not for the reasons that others may decide to attend Stagecoach this year. Hannah just really loves country music. She revealed during the live that she knows she wouldn’t be there to do what it seems like the rest of Bachelor Nation is there to do.

Not everyone loves Hannah

Unfortunately, Hannah has hit a bit of a rough patch since appearing on Peter’s season of The Bachelor. Not everyone loves how she showed up twice. Although some seem to be holding out hope that Hannah and Peter will end up together anyway. People like Jennifer Aniston though, are ready for Hannah to go home.

Will they end up together?

So, will Hannah and Peter end up together? That’s still up in the air. However, after her live video last night, it definitely seems like she’s living alone and just figuring out life on her own in L.A. Of course, she has to keep it a secret if they are together, but she made a lot of comments about not knowing how to date and how she needs to figure it out.

Peter’s final two were recently revealed as well and it seems like he has a great connection with both the girls already. However, it’s no secret that some huge plot twist will come at the end. Honestly, it sounds like we are actually just going to have to wait and watch to find out what happens.

Did you watch Hannah’s Instagram live? Did you hear her say anything else interesting? Let us know in the comments, we love details!

Be sure to watch Peter’s season of The Bachelor every Monday night on ABC.