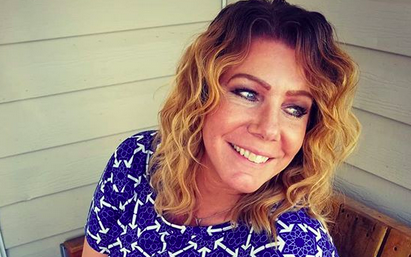 The newest season of Sister Wives has just begun! The first episode of the new season aired Sunday, January 5 on TLC.

In the new episode, fans saw that Meri moved into a rental home in Flagstaff, Arizona. Her fellow sister wives did the same. Unfortunately, Meri was bullied by some of her neighbors due to her polygamous lifestyle. Kody said that they had told the owner of the rental about their family. But, it seems that the neighbors weren’t okay with it.

Meri talked about the bullying and said, “So the neighbors contacted the owner of my rental. I had a conversation with the owner. Pretty much, the first thing she said to me was, ‘Meri, I am second-guessing the fact that I approved you to rent this house.’ She asked me if I would consider leaving the house and not renting from her.”

Along with telling the owner that the family is polygamous, Meri and Kody also shared that they would be filming at the rental property. None of this was kept private from the owner.

Meri continued, “By the end of the conversation, you know, she was just like, ‘I need to rethink this. I need to consider whether or not I want to have you continue renting from me.'”

Meri ended up moving back to Las Vegas temporarily so she could find a new house to live in. When the show aired, she was still staying there.

Why couldn’t Meri move in with one of her sister wives?

After seeing all of this, fans of the show began to ask questions. On Twitter, one fan asked why Meri couldn’t live with one of her sister wives.

In response, Janelle explained that there wasn’t enough space. Fans of the show know that Meri runs her own business through LuLaRoe. Janelle said that this business takes up too much space for the small homes that the family members live in. So, there simply wasn’t any room for both Meri and her business. Janelle said simply, “We didn’t have an option”.

Meri runs a business that takes a lot of room and we have all moved into smaller homes compared to what we had. The bedrooms are full. We didn’t have an option #sisterwives https://t.co/PQNCqgZEDh

Prior to Janelle’s response, some Sister Wives fans criticized the family members for not stepping up to help Meri. They said that it was her family’s responsibility to take care of her and help her out. Based on what was shown in the newest episode, fans didn’t think the family tried to help. In reality, there just wasn’t space.

Everything has turned out okay, though. Now, Meri has made her way back to Flagstaff. It seems that everything has been resolved with the family’s housing situation.