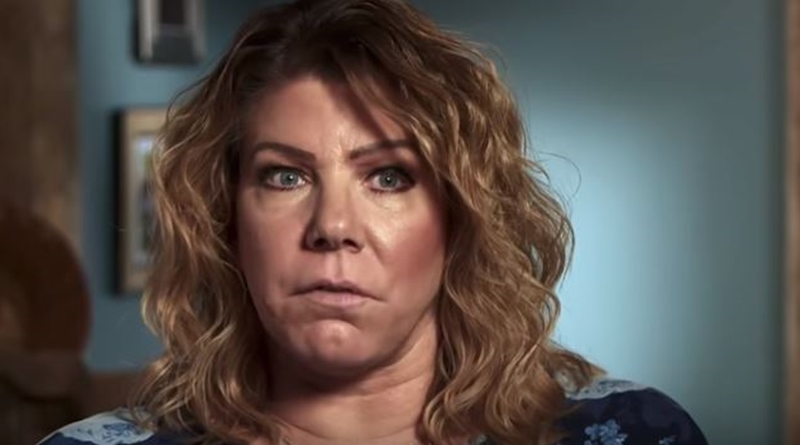 Sister Wives’ new season premiered on Sunday night on TLC. Fans knew some drama was in the offing, especially as the poster for the season showed all the wives and Kody Brown looking grim. But, fans don’t stay grim for very long as they watch things unfold. In fact, part of the fun is fans getting on over to Twitter. There, they sound off their thoughts and feelings about the hot mess in Flagstaff. Apart from hating on Robyn, fans talked about Kody stripping down and jumping in a pond. And, they joked about Meri when the cops came.

The premiere didn’t disappoint fans in terms of the projected drama. Actually, the day before the show, Janelle took to Instagram to share the poster. TV Shows Ace noted that she grumbled about it. She said, “Unfortunately I can not control the photo they use. These serious ones always seem to turn up lol.” Fans agreed that the pic probably just promised lots of conflict and drama again this season. Well, fans already saw lots of drama, and likely more comes along. Oh yeah, and “sobbin’ Robyn” managed to turn on the tears inside minutes of the show.

In the show, fans saw Meri Brown, seemingly caught up in all the drama as well. Good Housekeeping notes that she and Kody Brown’s relationship being on the rocks seems a fixture of the show. Going back for years now, fans hear again and again about the catfishing incident. And, it seems that the Sister Wives couple simply can’t resolve much at all. In fact, fans wonder why she bothers. Those comments came out once more during the premiere. And when the cops came, they joked that Meri might have called it in herself.

In the show, fans saw that the concept of Flagstaff being broadminded was partly wrong. The neighbors didn’t like the idea of polygamous Meri living next door. The cops knocked at her door. Really upset, she needed a place to stay in a hurry. But, the other wives wouldn’t hear of helping her out. So, Meri said she needed to go back to Las Vegas. Of course, she never wanted to leave Vegas in the first place. One fan joked, “I’m sure Meri paid the neighbors to bully her so that she could go back to Las Vegas!”

Another Sister Wives fan noted in their meme, “Meri calling the police on herself so she can move back to Vegas.”

Meri calling the police on herself so she can move back to Vegas. #sisterwives pic.twitter.com/opkDgoR00b

Plenty of other memes came out with “sad-not-sad” pictures about Meri not even getting a couch to lay her head on. With friends like that who needs enemies, some fans think. One follower noted, “I wouldn’t be surprised if Meri was secretly happy she had to go back to Vegas.”

During the show, fans saw the family back at Coyote Pass. There, celebrating the land they now owned, Kody stripped down to something very small. Either a speedo or super-tiny undies, aghast fans wondered if they really needed to see that. They also noted the water probably wasn’t all that clean. One fan shared this meme:

Me after seeing Cody in this pond: #sisterwives pic.twitter.com/XcD3k9oFZt

Another Sister Wives fan commented, “I’d take Christine’s singing over Kody in a speedo any day.” And, then this came along, “why did y’all have to show Kody in swimming trunks! 🤮.” And one follower posted, “The last thing in the world I needed to see was Kody Brown is his bikini underwear.”

I’m forever traumatized, Kody in a speedo!! Just because 4 (or 3) find that attractive doesn’t mean the rest of us do!!#SisterWives

What did you think about TLC showing Kody in his really skimpy underwear? Was that necessary? And what about the fans who joked about Meri and the cops? Was she secretly happy to go back to her old city? Sound off your thoughts in the comments below.