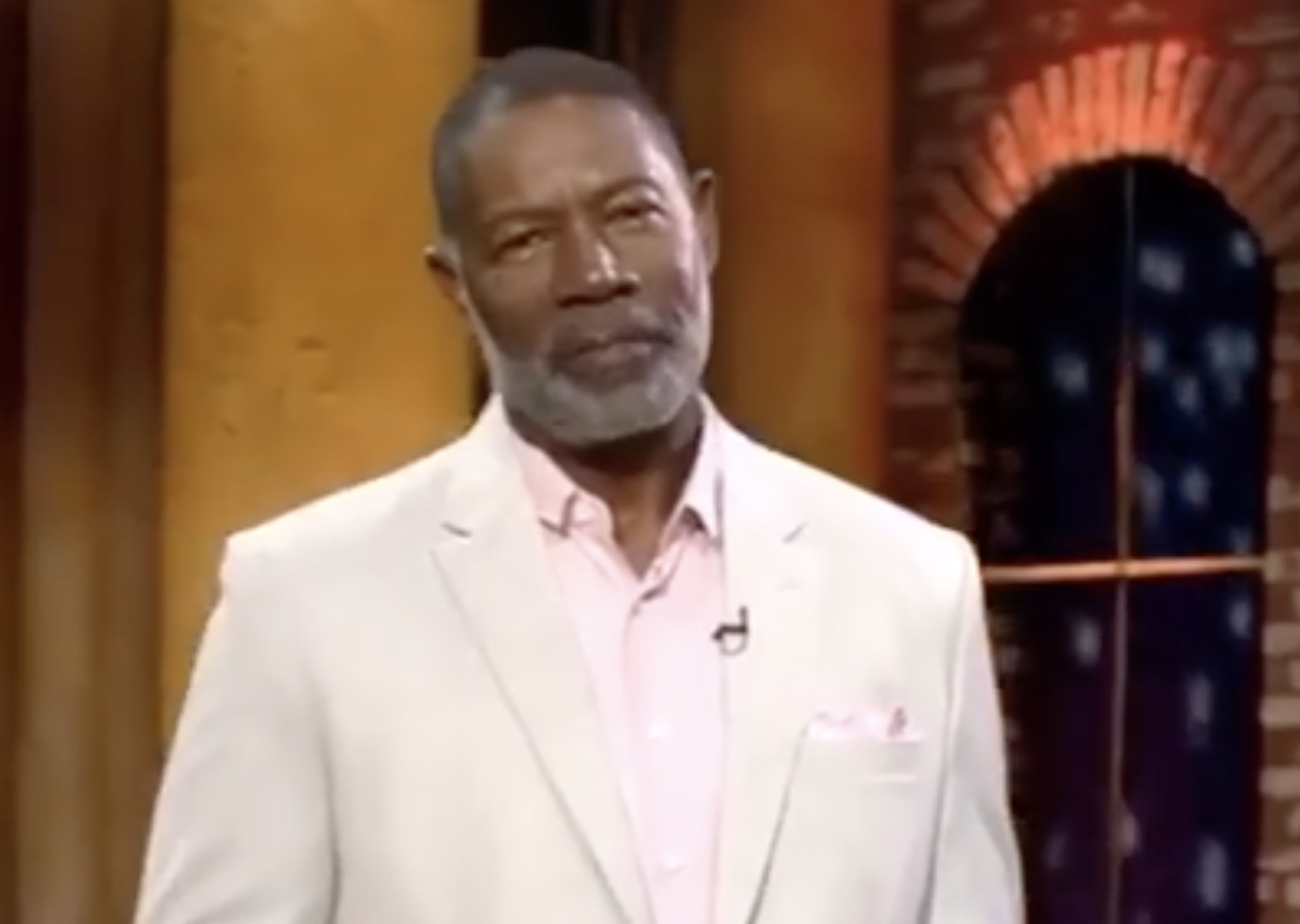 Even before they began filming the final season, Lucifer showrunners Ildy Modrovich and Joe Henderson have promised to answer a lot of questions in the Netflix show. Now that they have cast Dennis Haysbert as Lucifer and Amenadiel’s dad, could it mean that fans will finally know why God brought Chloe to earth for his devilish son?

God Is Coming To Lucifer

God is coming to Lucifer. According to Entertainment Weekly, this time God will be portrayed by Dennis Haysbert, and we will see him throughout the final season. Haysbert was a dream choice for Joe Henderson. Turns out, D.B. Woodside, who acted with Haysbert in 24, had already discussed a possible acting possibility, before talking to Henderson.

The elated showrunner shared that “We did like the big crazy list of [possible actors for the part], and he was my top choice. We were lucky. It was our first and only offer.”

In addition, Haysbert was so elated at the idea of acting with Woodside once again that he was quick to accept the role. The two actors have a lot of synergy that should further make this final season special. But, why will God make an appearance in Season 5, after being mostly absent the first four?

Why Could God Be Coming Back To Earth?

What we know is that God “will appear throughout the fifth” season. There are a lot of reasons why God may want to pay a visit. This could mean some quality time with his favorite son, as well as his rebellious son. Although the details about Dennis Haysbert’s portrayal of God, including characteristics and storyline are being kept secret, we can only imagine some of the possible plot lines.

For one thing, he is now a grandfather. Amenadiel and Dr. Linda had a baby boy. There could be some need to interfere, in order to protect baby Charlie. Or, there could be some unexpected issues with a child that is half angel/half human. The possibilities could be endless. That God will be in and out of some of the final 16 episodes

Then there is God’s more complex son. Can the two just get along? While the owner of Lux may be the son that has the most animosity with his father, what better opportunity than this final season to answer some of the devil’s questions? One of those may be why God sent Chloe to be with him. Fans have wanted this answer since the first season when Amenadiel realized who Chloe actually was.

Who Played God Before?

Two others have played God in previous seasons. Psych star Timothy Omundson played God in the episode “God Johnson.” TV Shows Ace had previously reported that one of showrunner Joe Henderson’s “biggest wishes” was the return of the Psych star. Could Omundson still return? This creative team of writers could certainly find a way to put both Gods, Omundson and Haysbert against each other.

The other person to play God was Neil Gaiman. As TV Shows Ace had reported, Gaiman had narrated the bonus Season 3 episode “Once Upon a Time,” as the voice of God. Of course, this was a bit of an inside joke as Gaiman is the creator of Lucifer in the Sandman series. Gaiman has already stated that he won’t be acting anytime soon, but it would be a coup to bring him back, even for a cameo, in this final season.

Be sure to check back with TV Shows Ace for the latest Lucifer news. Lucifer Season 5 will be released in two, eight-episode parts in 2020. Netflix has yet to announce when the first half will be released.