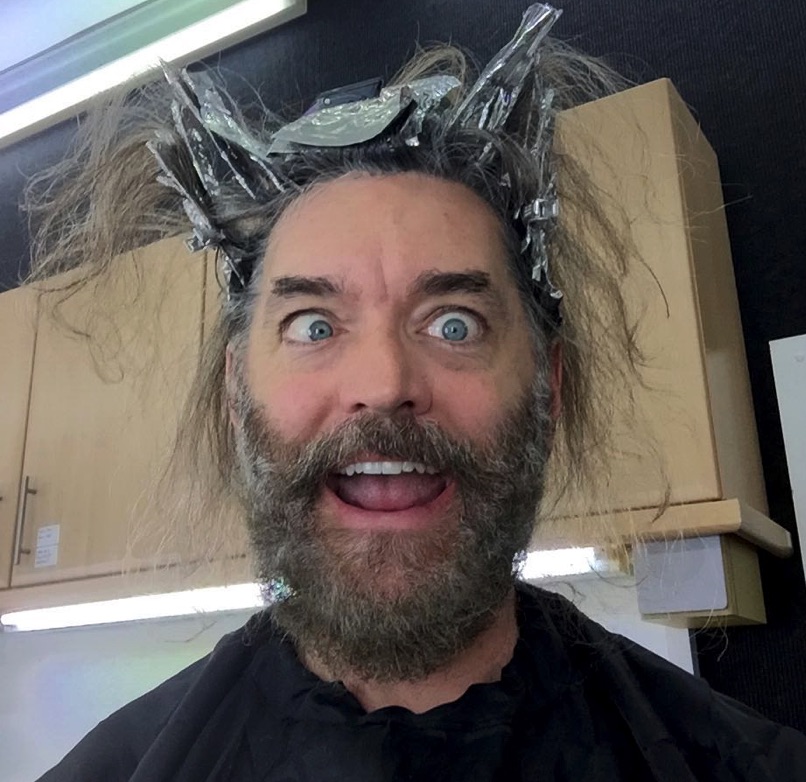 On Wednesday, a new interview about Lucifer Season 5, with showrunner Joe Henderson was released. In this interview, he revealed that he would love to bring back Timothy Omundson, who infamously played God Johnson in Lucifer Season 2. What did he have to say?

Could Psych Star Timothy Omundson Reprise His Role As God In Lucifer Season 5?

Lucifer Season 5 will be the end, and showrunner Joe Henderson wants to create a season that will make fans happy and fill in some storyline gaps. One of the most stellar Lucifer episodes was called “God Johnson,” from Season 2. On Wednesday, Henderson revealed to Assignment X that bringing back Timothy Omundson as God Johnson is one of the top ideas in the writer’s room discussions.

When asked about Omundson reprising his role as God Johnson, the only thing that Henderson seemed concerned with was  Omundson’s health. The talented actor suffered a stroke in 2017.

” It depends on where he is recovery-wise. It’s one of the things we want to do is reach out and see where he is as we get closer. I think we’ve talked about this a little bit. I’ve never before had an actor come into one episode who just felt like part of the family so quickly. I haven’t talked with him for a couple months, I don’t know where he is in recovery, I don’t know where he is on wanting to be either on screen or in anything right now. But we love him, and he’s just such a joy and talent. That’s one of the top-of-the-list things that we want to talk about when we get into the [writers’] room.”

The Lucifer writers have wanted to continue on with this powerful story, with many mentions of bringing Omundson back for Season 3.  Then Timothy Omundson suffered a stroke. Although his stroke curtailed his return to Psych: The Movie to just a small cameo in 2017, he was able to return in a big way for the upcoming Psych: The Movie 2.

Although Omundson is best known as Psych’s Carlton Lassiter, he also starred in the musical television show Galavant. He has an incredible singing voice. How perfect would he be guest starring in the rumored musical episode? Let’s hope that Lucifer co-showrunners Joe Henderson and Ildy Modrovich make this happen!

Who Was God Johnson?

What was the story of “God Johnson”? In Season 2, while investigating a murder, Lucifer and Chloe visit a mental hospital. At this facility was a man who claimed to be God. Lucifer became obsessed with trying to prove him a phony and set out to discredit him. Soon, this patient revealed things that only Lucifer and his father knew. God calls him Samael, his real name and Lucifer starts to believe that this man is indeed his father, God.

Lucifer even set up his parents, which includes Tricia Helfer as “mom,” on a short date, hoping to demolish the man claiming to be God. Instead, God apologizes to her and it is a rather romantic evening for them, and an epiphany for Lucifer.

In the end, when this man who Lucifer now believes is his father takes off his belt buckle, he is back to being just a man. He is Earl Johnson, a wealthy Texas oil tycoon that has no recollection of what happened. Turns out, the belt buckle included the Medallion of Life, part of Urial’s Flaming Sword, a divine weapon. So, was he God or not?

Lucifans, would you like to see the return of Timothy Omundson as God Johnson? Share your opinion in the comments field. Timothy Omundson will be seen in Psych: The Movie 2 during the 2019 holiday season. Lucifer Season 5, the final season, is starting production now. Netflix should drop the new episodes in spring 2020.