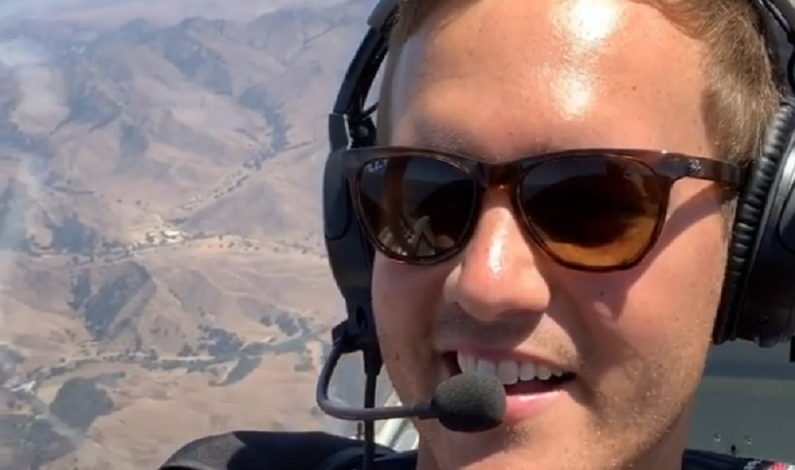 In an exclusive interview with USA Today, Peter Weber revealed that he still has interest in flying after filming The Bachelor. He doesn’t want to become a reality TV star. He wants to return to the very thing that lights him up inside.

“That’s my passion,” Weber told the outlet. He then added that being a pilot is “my first love.” Most of the reality stars in Bachelor Nation often pursue a reality TV or acting career after being in television for some time. Others would rather become an Instagram influencer or a YouTube star.

Not this guy. He told USA Today that he will continue to work as a commercial airline pilot until he turns 65. Of course, his love of flying will be the core focus of the upcoming season of The Bachelor.

In a previous interview with People, Weber said that he’s looking for someone who understands his passion for aviation and flying. It also helps that she’s adventurous and has a curiosity for life. As TV Shows Ace reported, he’s looking for the perfect pilot’s wife.

“I need someone who can handle my lifestyle,” he said. “Being a pilot and with what comes with that, I wanted to be honest with them from the beginning. And I didn’t want them to go into this blindly and not truly understand what it’s like to possibly be a pilot’s wife one day.”

He also needs someone who understand his hectic lifestyle and schedule. Being a commercial pilot doesn’t come with a consistent work schedule. But Peter Weber understands that not every woman will be able handle his lifestyle, and he’s okay with that. Despite the stress that comes with dating a pilot, he’s still confident that he’ll meet the woman of his dreams.

What else should you know about the new Bachelor?

Even though America fell in love with the 28-year-old pilot, there is so much that fans still don’t know about him. For one, he’s not the only pilot in his family. His brother and father also work as pilots. And his mother, Barbara, works as a flight attendant.

But this isn’t his first time on television. He previously portrayed a young version of Roman Brady in an old episode of Days of Our Lives that aired in 2003, according to his IMDb profile. Not only does he love flying, but he also loves dogs. He refers to his dog, Tripp, as his “best friend” on social media.

What are your thoughts on Peter Weber returning to his old pilot job following The Bachelor? Sound off below in the comments section. Don’t forget to check back with TV Shows Ace for the latest on the new season of The Bachelor.