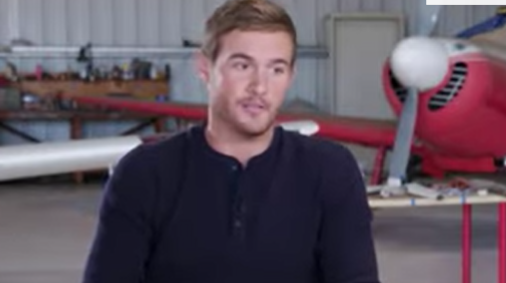 While there’s not yet to be an African American Bachelor lead, Peter Weber is the second Hispanic lead. The new Bachelor is fully embracing this title and honoring his mother’s culture.

Peter said, “you see a lot of my Cuban roots come out from probably the first episode.There’s definitely a theme of the whole Hispanic side throughout the show.” He went on to say he thought that was really cool.

He said his family will play a huge role in this season. A self proclaimed family man, Peter Weber has said he’s looking for a partner who shares those values.

What Did Mike Johnson Say About Peter Weber’s Season?

Peter Weber is excited his parents will be there because they’re his biggest supporters. Fans got to meet and love them during Hannah Brown’s season of The Bachelorette. Hannah Brown has been shown to come back into Peter’s life on his season in some of the prev

His mother Barbara met his father Peter Sr. when she was a flight attendant and he was a pilot. She has stated she wants him to be with someone who loves flying.

Mike Johnson supports Peter Weber but spoke out about the lack of diversity. He said, “yes, Peter has a Cuban mom, but let’s just be honest — he’s white, right? And that’s just being completely transparent. I think that there should be an Asian lead, an Indian lead… diversity is not just black and white.”

Barbara revealed a lot in a recent interview according to US Weekly. She said their family was really close and there are good reasons for her boys to live at home. Peter works four days and then goes off woth his friends for five days, she told Bachelor Party. There is no need for him to have a place right now. He’s never home.

She also said her Cuban side liked to keep the kids at home until they married, kept the family strong. Barbara said back in the old days kids lived at home well into their twenties. She said her and Peter Weber Sr. Will be renewing their vows during the season.

Peter Weber said one of the most important questions he asked contestants was what their family life was like. Its obvious from the interview with his parents a contestant withoit family values isn’t making it far. Fans don’t have to wait much longer to see Peter and his parents. The Bachelor returns Monday January 6th.