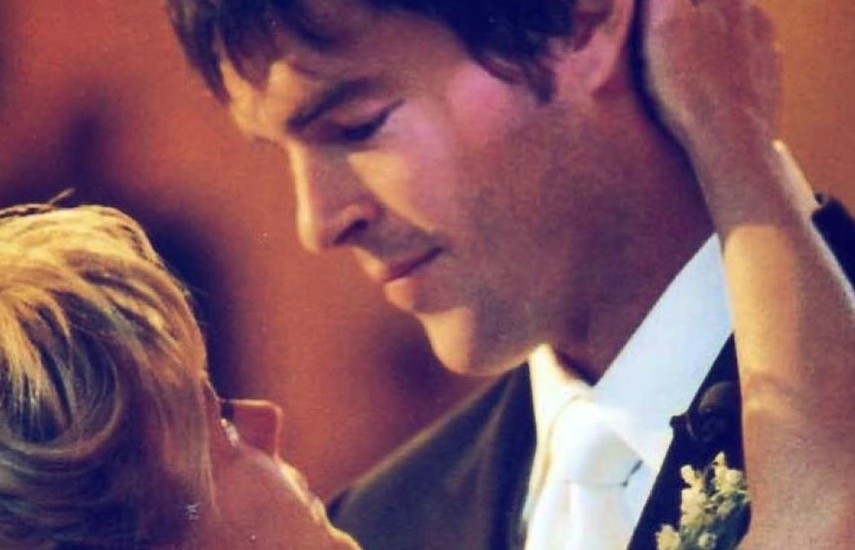 In 2002, ABC’s The Bachelor was born. Twenty to thirty women vie for red roses from the show’s male lead. The show is still a fan favorite on ABC.

A female-lead spin-off, The Bachelorette, aired the next year. The long-running show continues to this day. However, very few relationships last once the show’s final episode airs.

In 23 seasons, only four long-term relationships escaped the Bachelor curse. The women had more luck. Six Bachelor‘s have lasting relationships .

The ‘winner’ of each season isn’t always the winner in real life. In several instances, the lead changed their minds. They reconnect with a different contestant after the show ends.

These 10 Bachelor or Bachelorette relationships that lasted after the final rose, courtesy of The Insider.

Trista Rehn was the franchise’s first Bachelorette. The former dancer for the Miami Heat was the runner-up of the first season of The Bachelor.

I’ve said it before and I’ll say it again…so proud of this man and his dedication to the meaning and purpose of the fire service. Now, I just have to keep reminding myself of that tomorrow when we’re all missing him and wishing he were home! ❤️🎅🏼🚒 #dutycalls #christmas2019 #thankfulforfacetime #proudwife #firefighterwife #happyfamily

In a shocking twist, Jason dumped his final choice and fiancé, Melissa Rycroft on the After the Final Rose special. He promptly asked runner-up Molly Malaney for another chance.

Molly and Jason wed in 2010 on an ABC special, Jason and Molly’s Wedding. They have one child together and live in Washington state. Jason has a son from a previous relationship.

Bubbly dance instructor competed for Brad Womack’s heart in Season 15 of The Bachelor. After landing in third place, Ashley went on to be the next Bachelorette.

She chose construction manager J.P Rosenbaum as the winner. The couple married in a televised special in 2012. They live in Miami, Florida with their two children.

Cherish all that you have every, single day. Thank you to everyone for prayers, helping with the kids and offering all your love and support. We are blessed to have amazing family and friends. Love you all and grateful to have so much good in our lives.

A post shared by Ashley Hebert Rosenbaum (@ashleylynnrosenbaum) on Dec 9, 2019 at 9:48am PST

Sean Lowe didn’t win Emily Maynard’s heart during Season 8 of The Bachelorette. However, he quickly won the hearts of fans and was named the next Bachelor in 2013.

He proposed to Catherine Giudice in the show’s season finale. The pair later wed during yet another televised special. The couple have three children together, the most recent born last month.

One of the contestants on Sean Lowe’s season was Desiree Hartsock. She didn’t win but she was named the next Bachelorette. The bridal stylist got engaged to Chris Siegfried during the final episode of the season.

Chris and Desiree married in 2015. Their second child was born in early 2019.

Family time at the tree farm. 🎄☃️ Let the Christmas season begin!. . Asher just wants a high five & Zander has that Elvis snarl down 👌🏼 swipe for up close.

JoJo and Jordan became engaged on the show in 2016. However, they are still together and engaged. They just haven’t wed yet. They address their engagement and relationship in a web series, Engaged with JoJo and Jordan.

Rachel Lindsay was the first African-American Bachelorette in the franchise’s history. She shocked fans by choosing Bryan Abasolo over Peter Kraus in the show’s season finale.

I always say odd years are my years AND 2019 was the best of them all. #thankful #grateful #blessed

Arie Luyendyk Jr. pulled a Jason Mesnick. He proposed to Becca Kufrin at the end of the season. However, he later changed his mind and realized he had feelings for runner-up, Lauren Burnham.

Fans were outraged at Arie’s choice to film his break-up with Becca. He later proposed to Lauren during the After the Final Rose special.

Lauren and Arie wed a year after the engagement and recently had their first child, a daughter.

Are you even family If you don’t have matching jammies? Yes to this new family tradition, matching PJ’s 😂. Lauren ordered these from @leveretclothing and honestly Alessi and I can’t stop laughing. Tree is up, can’t believe Christmas is almost two weeks from now! #leveretholidays . . . If you guys want to shop Leveret get 20% off under $100 with code ariespjs OR 25% off over $100 with code ariespjs25! Link is in my bio 😎

Becca came out smelling like a rose after the break-up. She was chosen as the lead for Season 14 of The Bachelorette. At the end of the season, Becca gave her final rose to Garrett Yrigoyen.

The couple’s engagement is still on and they live together.

So a-tractored to this guy

Colton Underwood’s fence-jumping during Season 23 of The Bachelor is the gift that keeps on giving in hilarious gifs and memes. The former NFL player was upset when frontrunner Cassie Randolph made the decision to leave the show.

Cassie returned the following episode and Colton broke up with the other two contestants. While Cassie did not get a ring, she did get the final rose from Colton.

It was either my hat or your heels. Sorry babe. Love our Nashville and country music family.

Season 24 of The Bachelor premieres Monday, January 6 on ABC. Peter Weber, who competed on Hannah Brown’s season of The Bachelorette, returns to find love among 30 new contestants.

Vicki Gunvalson Spreads Doom And Gloom During Filming Of Season 2 Of ‘RHUGT’
Hannah Ferrier Could Return On ‘Below Deck Australia’ And Here’s Why
‘DWTS’ Fans Sour On Matt James — Is His Time Almost Up?
Jill Dillard Gets Her Baby Tank Filled Again
Constantly Praising Jackson, Tori Roloff Admits She Forgot Lilah