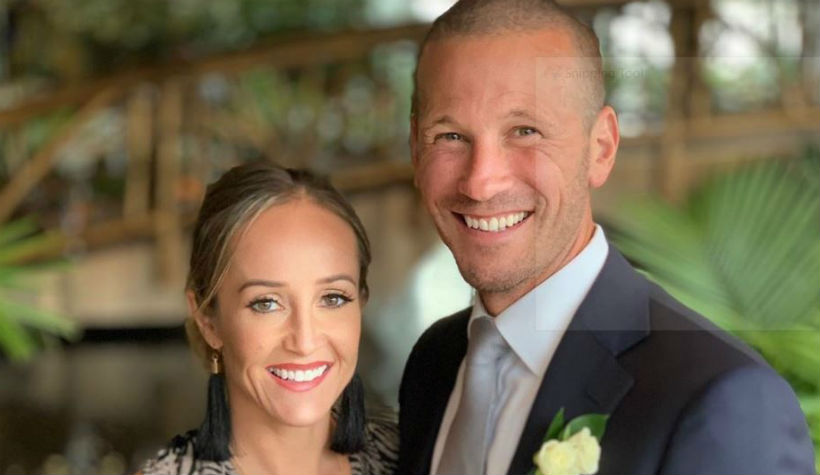 Former Bachelorette Ashley Hebert Rosenbaum has announced that husband JP has been diagnosed with Guillain-Barré syndrome. He is currently in the hospital and receiving treatment for the rare disease.

JP is remaining positive and humorous during tough time

Ashley went to her Instagram story on December 8 to share a photo of JP lying in the hospital bed. She said, “JP was diagnosed with Guillain-Barré syndrome yesterday. “He is in treatment and doing well. It may be a long road to full recovery, but we are so grateful to everyone that has helped us get to a speedy diagnosis and treatment.”

US Weekly shared that JP also posted an Instagram story and said, this whole experience is “very surreal and humbling and crazy, rare.” He went on to say, “Things you do every day, like picking up this phone, or buttoning buttons, tying shoelaces, putting on deodorant, just can’t do it. “Picking up my kids, can’t do it. Wiping your ass, maybe TMI, but might have Ashley assist on the next one. Can’t really believe it.”

As of now, JP and Ashley are not exactly sure when he will be released from the hospital. According to reports, the doctors are not allowing JP to go home until they are sure his symptoms have plateaued. The illness will result in tons of physical therapy for JP.

What is Guillain-Barré syndrome?

According to the Mayo Clinic, Guillain-Barré syndrome is a rare disorder in which your body’s immune system attacks your nerves. Some of the first symptoms are weakness and tingling in your extremities. Most cases require hospitalization for treatments, which is the case with JP.

There is no cure, but there are two treatments that have proven to be effective. One is plasma exchange and the other is immunoglobulin therapy.  Immunoglobulin containing healthy antibodies from blood donors is given through a vein. High doses of immunoglobulin can block the damaging antibodies that may contribute to Guillain-Barré syndrome. 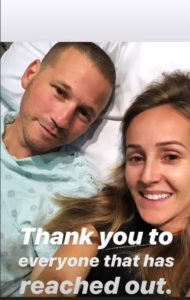 This adorable couple met during season 7 of The Bachelorette. JP was Ashley’s final rose recipient in 2011. The two married in 2012. They have two children, son Fordham, 5, and daughter Essex, 3. Ashley and JP are still very much in love and loving their life together. They recently even renewed their vows in August of 2018.

Thoughts are with JP and Ashley as he endures treatment for this rare diagnoses.

The brand new season of The Bachelor airs in January 2020 on ABC.