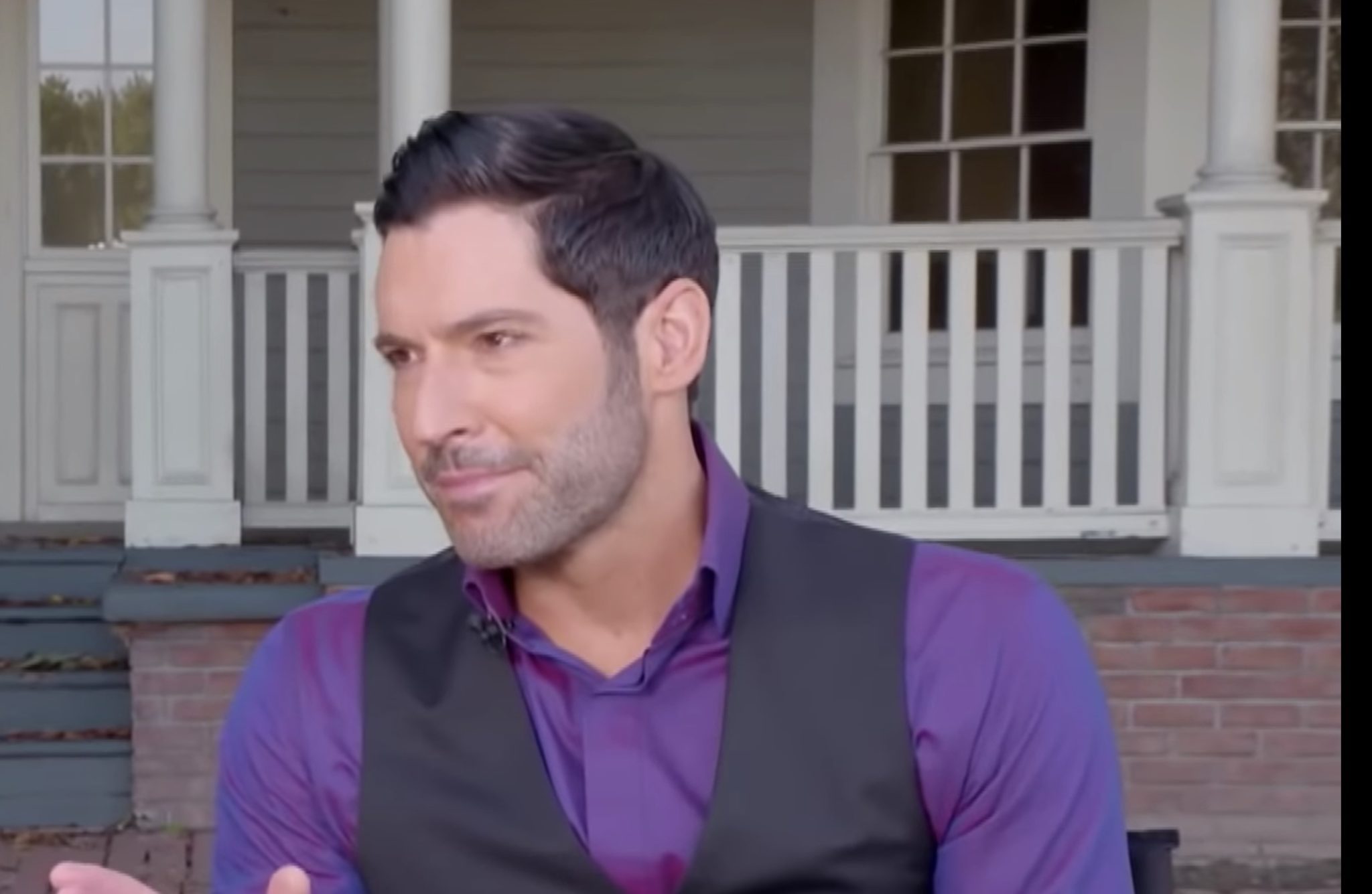 A few months ago, TV Shows reported that Tom Ellis was focused on Lucifer, amidst rumors that he was headed to the multiverse. Turns out, he did make a cameo appearance! On Tuesday, he showed up on Crisis On Infinite Earths. Why did Tom Ellis lie about his participation? And why is he already talking about wearing a Superhero costume in a DC crossover?

Back in October, there were rumors that Tom Ellis was on the set of Crisis on Infinite Earths. TV Shows Ace reported on everything from Tom Ellis declaring that he ventured into Vancouver for a long weekend to celebrate a friend’s birthday. He insisted he was not part of any sort of DC Universe cameo.

But on Tuesday, Tom’s little charade was revealed when he shared on Instagram: “Well the secret (or not) is out…had a blast shooting #CrisisOnInfinateEarths with me old pal @mattryanreal AKA #Constantine here’s a behind the scenes pic taken by @joehenderson12 AKA one half of #LuciferOnNetflix @lucifernetflix show running team! 🙏🏼😈”

So, how shocking was it on Tuesday when Lucifans learned that Tom Ellis was indeed playing Lucifer Morningstar, and in an Easter egg in the DC crossover, Crisis On Infinite Earths? Happily shocked.

But Tom Ellis had some explaining to do, besides admitting that he did go to a birthday party. He just had a busier Vancouver weekend than he initially revealed!

Well the secret (or not) is out…had a blast shooting #CrisisOnInfinateEarths with me old pal @mattryanreal AKA #Constantine here’s a behind the scenes pic taken by @joehenderson12 AKA one half of #LuciferOnNetflix @lucifernetflix show running team! 🙏🏼😈

Why Did Tom Ellis Lie to Lucifer Fans?

He spoke to ET about his outright lie to the show and to fans. Turns out, he wanted to surprise fans. He understood that in the age of social media, keeping this secret would be near impossible. But, despite a Twitter frenzy declaring Lucifer would be appearing in the DC Multiverse, Ellis managed to deceive everyone. He explained that it was for the sake of the fans.

“We we were talking on set beforehand myself and Matt Ryan. We were like this is so exciting wouldn’t it be amazing if we could keep this a secret for the fans until they actually see it on the screen that night?”

Will Tom Ellis Ever Return To The DC Universe Again?

Regarding the role itself, he explained that there was already some “history” with Constantine. Lucifer owed him a favor, which is pretty rare. What about the Chloe and the Lucifer Season 5 storylines? Ellis further explained that the timeline on Infinite is five years prior to meeting Chloe. This is the time period that he was his most Lucifer-y self! So, there is no conflict.

Ellis was asked if it was hard to portray the unevolved, older version of Lucifer. The Welsh-born actor grinned mischievously. Clearly, he had no problem whatsoever. As for the possibility of Ellis joining the DC Universe, he is not closing that door. In fact, he would like to wear the Superhero costume! Tom Ellis has worked hard to be quite buff. He seems ready to take on that role. Now, the question is whether the powers that be will pursue Ellis.

Lucifans what do you think of Lucifer Morningstar’s cameo in Tuesday’s Crisis On Infinite Earths? Would you like to see more of Tom Ellis guest starring in the DC Universe? Be sure to check back with TV Shows Ace for all the latest in Lucifer news. Lucifer Season 5 filming now. As TV Shows Ace previously reported, Netflix will drop this final season in two eight-episode parts in 2020.

Kody & Janelle Brown Bond As He Helps With Her Gardening Tasks
JoJo Siwa Is Perfectly Happy With Her ‘DWTS’ Journey
‘The Masked Singer’ Season 6, Episode 11 Not On This Week, Here’s Why
Joe Namath’s 2021 Net Worth Revealed
Netflix Launches Website Revealing Most Popular Titles Worldwide