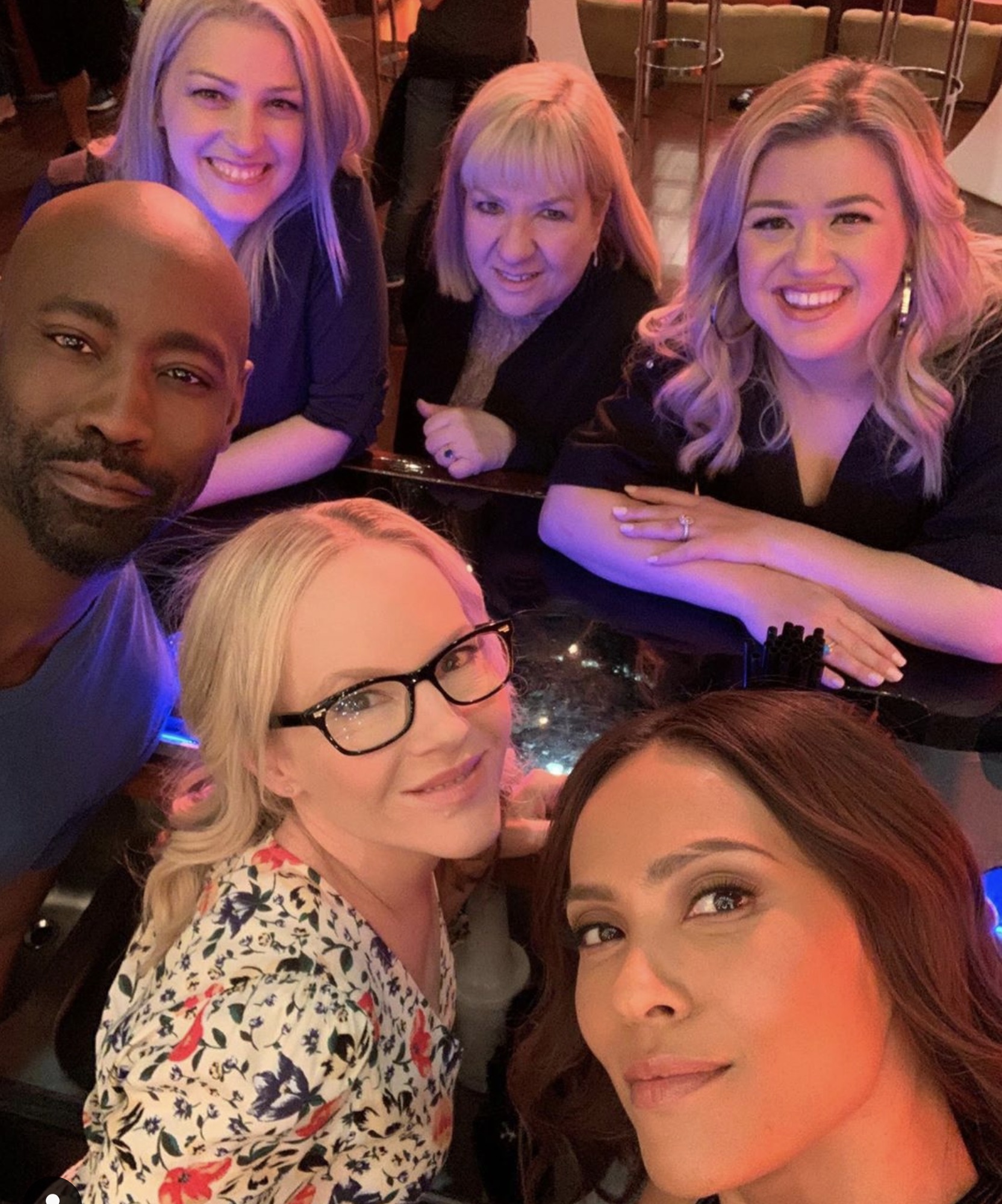 On Monday, the Kelly Clarkson Show featured her touring the Lucifer set with her mom and sister. In addition to some behind-the-scenes footage, Lucifans learned some important Lucifer Season 5 news that TV Shows Ace predicted months ago. What all happened?

Back on October 11, TV Shows Ace reported that Kelly Clarkson paid a visit to the Lucifer set with her mom, Jeanne and her sister, Alyssa. They filmed this excursion for her talk show. Turns out, it was Alyssa who urged her sister to watch the devilish show in the first place.

They chatted with the cast and checked out all the sets. Most of all, they all said how friendly and normal the cast was. They were all very warm and welcoming to Kelly and her family. There were hugs, selfies and even a peek into Lucifer’s devil-pad and bedroom! Alyssa had to conceal her excitement and not embarrass her sister.

At the end of Kelly’s awesome visit to the Lucifer set, Tom Ellis made a major Lucifer announcement. He said that Netflix will drop the first eight episodes of the final season. Then a few months later, they will drop the second set of eight episodes.

TV Shows Ace had previously predicted that Netflix would drop Lucifer Season 5 in two parts, as they do The Ranch and other shows with more than a dozen season episodes.

By dividing the season into two halves, the Lucifer showrunners and writer’s room could decide to have one more big  Lucifer cliffhanger at the end of episode 8. They have been filming the fourth episode, so there is plenty of time to create one last crazy cliffhanger that will make fans count the days until the final eight are dropped.

This division could also help the showrunners and writers create different tones and themes for each half season. This is a creative writing team and they could certainly write in more characters, mishaps and even guest stars. Dividing the season could also lead to a time jump. This sort of division allows for an easier time shift transition.

Although Tom Ellis made the announcement, he did not share when Netflix would drop the first eight episodes. Some are predicting May and October. Season 4 was dropped in May, so that would be exactly one year later.

Lucifans, are you excited that they are dividing Lucifer Season 5 into two parts? If they do get divided in half, do you think Netflix will release those episodes earlier than spring 2020? Please share your ideas and preferences in the comments field. The supersized Lucifer Season 5 will drop in 2020.