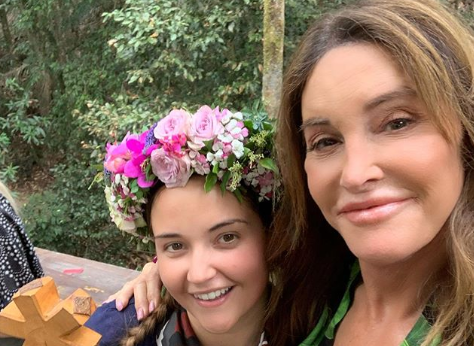 There are two sides to every story. Caitlyn Jenner has been away in the UK to be a contestant on a reality show, I’m a Celebrity…Get Me Out of Here. But this past weekend, the star was unfortunately eliminated. It’s been reported that her family wasn’t there to welcome her back with open arms either. However, Kim Kardashian and Caitlyn’s son Brandon Jenner are claiming that it isn’t true.

“Honestly, nobody reached out to set it up,” Brandon said on Instagram. “I think it might have been a ‘storyline’ the producers wanted to fabricate in order to get more empathy for Caitlyn. That’s how that kind of TV works.” Now Kim is also addressing the rumors via her social media.

“Exactly what Brandon said!!!!” She tweeted responding to an article about the drama.  “NO ONE from I’m A Celeb even reached out and asked for letters, appearances or anything from any Kardashians or Jenners.”

Caitlyn hasn’t said anything about the matter, but she did receive a warm welcome from her two youngest daughters. Kendall Jenner and Kylie Jenner had set up balloons to spell out “welcome home” which Caitlyn snapped a picture of for Instagram. “Thank you my baby’s @kendalljenner @kyliejenner,” she captioned the photo.

Thank you my baby’s @kendalljenner @kyliejenner

So, she got her warm welcome regardless. According to E!, the star recently made news after opening up about her relationship with Khloe Kardashian. She opened up on the show about their relationship being strained.

On I’m a Celebrity…Get Me Out of Here, Caitlyn admitted that out of all her children, Khloe has struggled with accepting her transition. She went one to discuss that they used to be close since she raised Khloe since she was five.

Khloe has made it clear in the past that Caitlyn’s transition wasn’t the issue. Khloe had an issue with the way Caitlyn had disrespected Kris Jenner, her mother. She felt there had been disrespect in Caitlyn’s book The Secrets Of My Life and in her Vanity Fair interview.

“I went through every kid and Khloe, for some reason, was pissed off about something through the whole process.” She admitted about their relationship. “It’s been five or six years and I really haven’t talked to her since…We were really close. I raised her since she was five years old. I really don’t know what her issues are.”

Though her journey on the show is over, she’s now home sweet home.