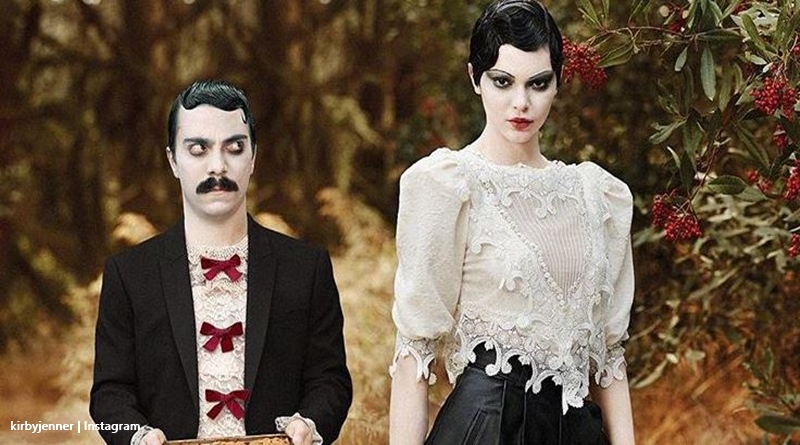 Kendall Jenner’s a very famous face, but her “fraternal twin brother” now joins her in the glittery world of streaming series. Kendall and Mom Kris Jenner will act as executive producers. If you’re not sure who ‘twin brother’ Kirby Jenner is, he’s a known YouTuber who parodies photos of himself as he poses as the twin of Kendall. The show comes on Quibi in 2020.

The Kardashian clan extends their empire

Naturally, Kendall needs no introduction to Kardashian fans. We saw her and Kim bringing down the house with laughter at the Emmy Awards this year. Mind you, some fans felt the laughter from the audience was simply disrespectful. Anyway, knowing the Kardashian clan, they brushed it off. And, now they bring someone known for laughter in their new series. That someone’s Kirby Jenner.

The KUWTK spinoff premiers next year. E Online noted that Kendall Jenner said, “I’m thrilled that Quibi viewers will get an inside look at the life of my twin brother and he’ll finally have the opportunity to shine in this series. Actually, although known for his parodies, Kirby Jenner shares a spot in front of the cameras alongside Kendall for the first time. This could really shoot him into the limelight. The outlet noted that he said, “‘Thanks, Mom,’ …in the release, addressing Kris facetiously.”

While Kris and Kendall Jenner produce the show, we’ll also see them in the front of the cameras. Plus, other Kardashians will take part in some of the cameos. These include Kim, Kourtney, Khloe, and Kylie. So, that’s a major treat in store for Kardashian fans. E! Entertainment, Wonderland, and Ventureland make it all possible. behind the scenes, we see “McG, Mary Viola, Ali Brown, Rami Hachache, Howie Mandel, Gil Goldschein and Ryan Seacrest will serve as EPs,” E Online notes.

Kirby Jenner’s got 11k followers on twitter. But, we should expect that number to soar with the release of the series. Promoting Quibi he posted on Monday, “Whoa have you guys heard of @Quibi? It’s tv but on your phone… Will you guys have animal shows? Or at least shows with dogs? Maybe a hamster variety show?? Idk just spit ballin here…” Meanwhile, he has 1.2 million followers over on his Instagram. There he shared the news about the new show. He captioned it with, “Umm I guess I have my own @quibi show now?? We’re gonna call it “Kirby Jenner” cause it’s easy for me to remember and mom said, “it’s fine.”😎 #KirbyOnQuibi #ComingSoon”

Umm I guess I have my own @quibi show now?? We’re gonna call it “Kirby Jenner” cause it’s easy for me to remember and mom said “it’s fine.”😎 #KirbyOnQuibi #ComingSoon

What do you think about Kendall Jenner’s ‘twin brother’ Kirby Jenner getting a show? Are you keen to watch it in 2020? Sound off your thoughts in the comments below.

Remember to check back with TV Shows Ace often for more news about the Kardashians and Kendall Jenner.