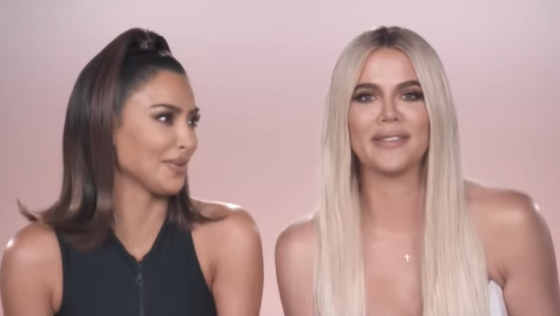 Khloe Kardashian is back with her baby daddy Tristan Thompson after his cheating scandal.

The couple is totally back together after breaking up earlier this year when he was caught cheating on her with Jordyn Woods. Woods happens to be the best friend of Khloe’s little sister, Kylie Jenner.

It’s been said that he spends the night with her frequently when he’s in town. Thompson is a professional basketball player for the Cleveland Cavaliers and often travels the country during the season.

But, their romance is meant to be a secret. Khloe has been trying to keep it hidden because she knows how much everyone would judge her. She still has a love for him, despite the awful way he treated her.

In early December, Khloe posted a cryptic message after fans criticized her for being so nice to him on Keeping Up With the Kardashians.

“I don’t hold any negative or hateful feelings towards anyone! I mean that. life is short!” Khloe posted.

Khloe knew about the harsh feelings people had towards before the rekindled romance. She’s known since the first time he cheated on her while she was pregnant with their daughter True. The next was with Jordyn.

Though she’s been keeping it from the public, her family knows all about it. Tristan had been seen filming KUWTK after the cheating scandal. He was seen having dinner with Kim Kardashian and Jonathan “Foodgod” Cheban in NYC back in September.

I can’t wait until we can have conversations. My best friend!

Tristan Gave Khloe Some Amazing Gifts To Win Her Back

Supposedly the family has warmed back up to him after what he did to Khloe. There’s no hate, just as Khloe said. They believe he’s a nice guy, they just hate the way he treated her.

“We are all humans trying to figure out this thing called life.” Khloe defended herself after fans shamed her for being so nice to him after what he did. “I have chosen to not pollute my heart and my energy by holding onto anything negative,” Khloe wrote. “I am allowed to forgive. Forgiveness is a strength and not a weakness.”

In an episode of Keeping Up With the Kardashians, Tristan gave Khloe a diamond necklace. She was confused, so she called him to ask why he gave her such a gift. “Just because,” he told her. “Oh my god, you were never this nice to me when we were together,” Khloe replied.

According to RadarOnline, this isn’t the only extravagant gift he’s given her. For her 35th birthday back in June, he gave her a diamond “promise ring.”

Tristan has become a master at flirty and romantic acts when trying to convince Khloe to take him back. He’s always giving her flowers and little gifts just trying to get another chance with her.

A fan tweeted at Khloe saying they wished Tristan hadn’t cheated, Khloe agreed. “Same babe. Same lol #KUWTK but we are co-parenting so well right now. It is a great space to be in. Co-parenting is such a hard space. Much respect to all co-parenters,” Khloe replied.

This cheating scandal might still be fresh on the minds of fans, but Khloe has been able to forgive him and work on their romance again.

The ‘Pawn Stars’ Crew Were Famous Before Their Own Show
‘Darcey And Stacey’ Season 2 Episode 10 Recap- September 20
‘RHOBH’: Erika Jayne’s Estranged Husband Tom Girardi Reportedly Living In A Senior Center
Jessica Batten Of ‘Love Is Blind’ Gets Happily Ever After
Jared Haibon Shares Heartfelt Tribute After Losing Member Of The Family